TAMMY’s Kathy Bates Interview: 'I Like Blowing Things Up' 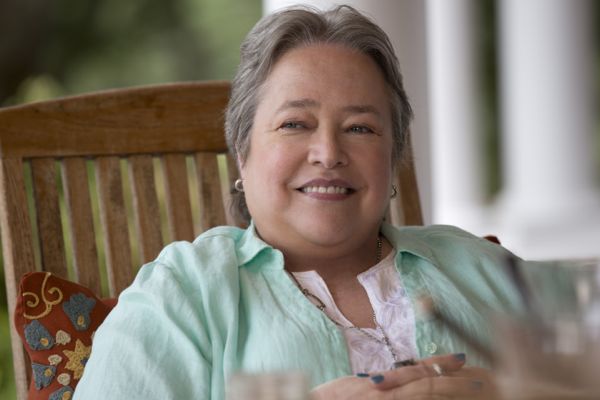 Kathy Bates may be an undercover pyromaniac. The TAMMY star admits to enjoying starting fires for her role in the Melissa McCarthy comedy.

In TAMMY, Kathy Bates lights a jet ski and car on fire willingly without flinching.  At a recent interview with Kathy Bates and the TAMMY cast and director Ben Falcone, the Academy Award winning actress revealed she enjoyed performing the pyrotechnics stunts in the movie.  “I loved it. I’d like to blow more things up, “ said the TAMMY star who plays Grandma Pearl’s (Susan Sarandon) gay cousin Lenore.

In two scenes, Bates throws a Molotov bottle at a car and sets it on fire. “That was really cool,” according to the versatile actress. Later in the movie, her character expertly throws a javelin at a jet ski in the water, which also goes up in flames. 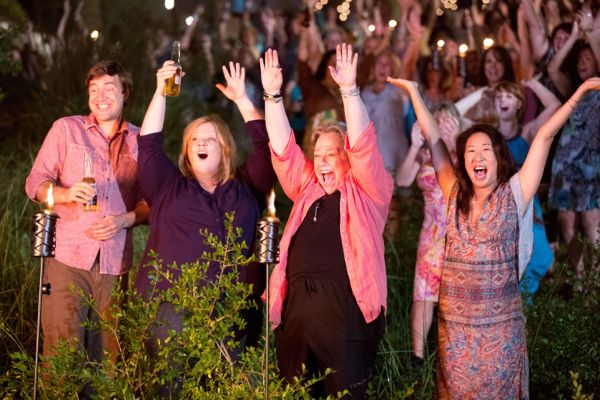 Director Ben Falcone calls Kathy “a champ” at throwing the javelin and hitting the mark every single take, but the jet ski didn’t ignite so she did it repeatedly without any problems. Adding to the fire (pun intended) was the urgency to get the shot before a huge storm rolled into the area where they were shooting.  Falcone was worried that lighting would strike them down on set.  Bates jokes during the interview, “the weather was me too. I wanted to make it more difficult.”

Her TAMMY co-star Mellssa McCarthy reveals Kathy was surprisingly good at throwing the javelin and very confident she could perform the stunt herself.

“Kathy’s got a weird arm. Every time somebody is like ‘you know if it’s too far somebody else can do it.’ And you’re (to Kathy) basically like, ‘Or I can do it.’  Every single time, and it was really was farther than it looks, that was a throw.  Every time she nailed it. “

Kathy credits her co-star and on-screen girlfriend played by Sandra Oh (“Grey’s Anatomy”) for inspiring her character’s athletic moves. On set, Sandra improvised a line in which she reminds Bates character of her athletic days in college. That helped Bates imagine herself as this skilled athlete when throwing the javelin and it seemed to work since she nailed it every take. 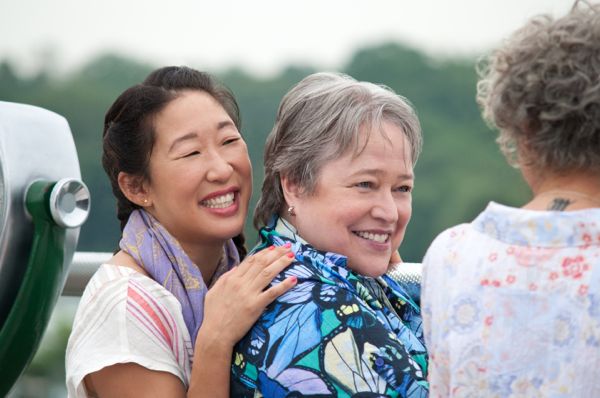 Bates also gave herself a backstory for the scene in which she lights a car on fire to destroy evidence linked to Tammy’s recent fast food heist.

“I figured her character was a little STS back in the day with Susan (Sarandon) when both got into a little trouble.”

After expressing her love for setting things on fire, should we expect her next role to be that of a pyromaniac?  Well, she is returning to “American Horror Story” in 2015 which will be set at a freak show so anything is possible.