Legend of Tarzan Premiere: Tarzan is Lord of the Apes; Magic Johnson is King of This Animal 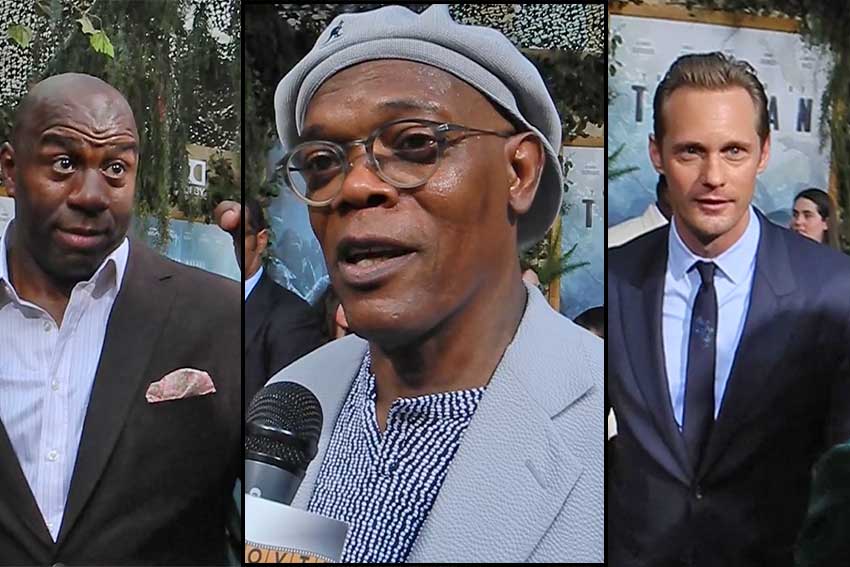 Magic Johnson stepped out at a Hollywood movie premiere with his lovely wife Cookie to support pal Samuel L. Jackson’s new film LEGEND OF TARZAN, a reboot of the Edgar Rice Burroughs story starring Alexander Skarsgard as Tarzan. On the jungle-themed carpet, the legendary basketball player tells CineMovie he is the true king of the jungle and he would be lord over this animal. Johnson is also planning a family vacation with Samuel L. Jackson who jokes he’s taking a month long vacation because we tell him he's an overworked actor.

While also on the red carpet, CineMovie talked to LEGEND OF TARZAN producers who tells us it took them 16 years to bring a new version of the story to the big screen under the direction of David Yates (Harry Potter movies).

LEGEND OF TARZAN is now playing in movie theaters.