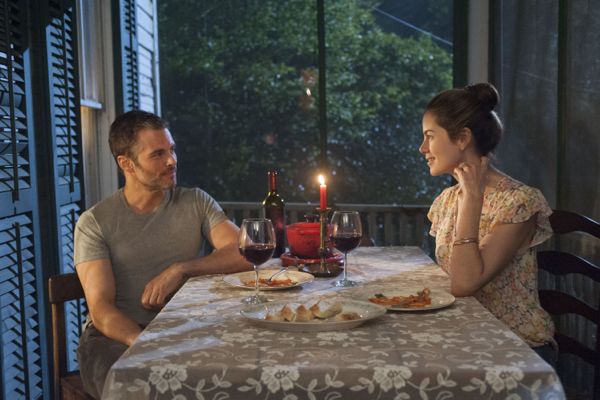 Ready for another Nicholas Sparks tear jerker? Well, bring the tissues and your girlfriend/boyfriend to THE BEST OF ME when it opens on October 17th.  Cinemovie sat down and chatted with the driving forces behind the film including James Marsden (The Notebook), Luke Bracey (The November Man), Nicholas Sparks (Writer: The Notebook), Lianna Liberato (Trust), Michelle Monaghan (True Detective), and country music superstars Lady Antebellum!

After seeing THE BEST OF ME, its safe to say that Luke Bracey and James Marsden have set the bar tremendously high for men on date night. Being the only male reporter at the roundtable interview, it was clear that all female attention was drawn to these two actors we just watched seducing the screen with their quintessential “Sparks-ian” romantic lead roles. Bracey is having a breakout year, starring opposite Pierce Brosnan in The November Man and soon he’ll be playing Keanu Reeves’ role in a remake of the 1991 surf/thriller Point Break. This time around, the 25-year-old actor had some big shoes to fill taking on a leading role in a Nicholas Spark film after actors like Ryan Gosling and Channing Tatum have changed the game in that category.  According to Luke and his co-star in the film Liana Liberato who plays young Amanda, they both carried a huge responsibility having to convey what true love really is.

“We wanted to make sure that our audience falls in love with our love.  That's our goal.  And we wanted to put as much passion and electricity and fun into the scenes that we had,” said Liberato. 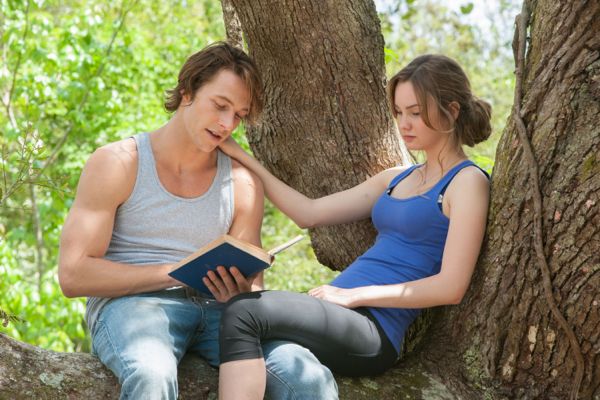 Luke added that first love is so untainted and one of the most beautiful things in the world. The actor felt privileged he got the chance to dive so deep into a character that felt such deep emotions.

“I mean, that's one of the fun things about making these movies, is you get to go so far out, and you get to commit so wholeheartedly to something to bring it to life.  And it's a privilege that not many people get in real life.” 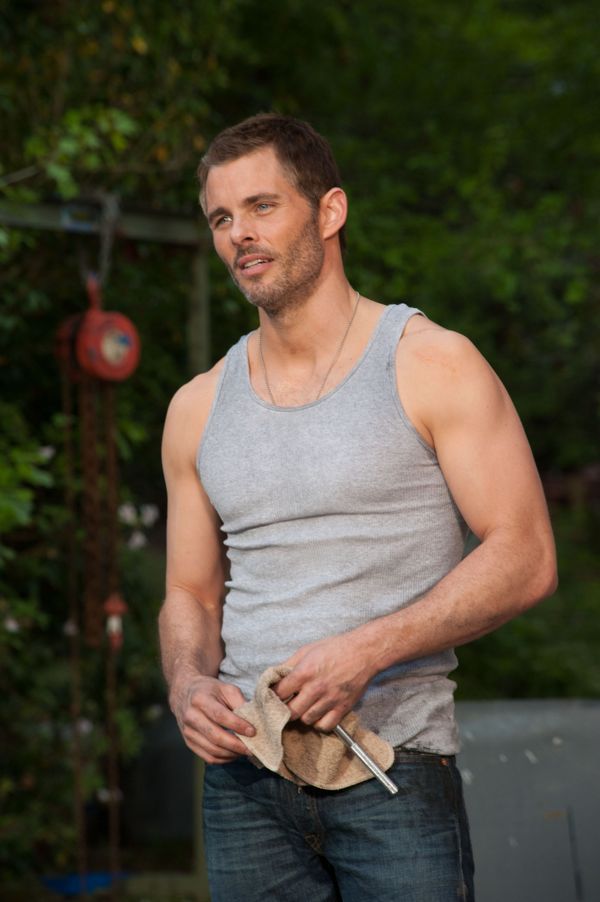 James Marsden who plays the older version of Luke’s character, also relished taking on a role in a film that deals with the human condition and complex emotions sans special effects. He admitted to Cinemovie that he happens to be a sucker for a good romance flick. In fact, he had a little bit of trouble keeping his face dry for The Notebook.

“The Notebook got me.  I was at the premiere of The Notebook, and was having to keep from crying, and surrounded by grown men splashing cold water on their face after.”

For Marsden’s co-star Michelle Monaghan, it was the stories relatable themes and universal qualities that drew her to the project. The actress told us that generally after reading a script she knows how it’s going to end by page 50 or so, but for this one she was surprised and found herself crying. The actress also playfully threw Marsden under the bus for crying too.

It’s safe to say that Nicholas Sparks is simply a grandmaster at manipulating emotions and truly one of the world’s most beloved storytellers. Sparks professed to us that every now and then even he becomes emotional while writing his novels, especially when they drift truer to life and are drawn from his own personal experiences. Sparks even had us reporters teary eyed as he spoke about his experience writing his novel, A Walk to Remember, a story based on his sister Jamie’s battle with cancer.

“There are times when I have to step away from the computer because I do get emotional. And I think that to experience those emotions is to experience the fullness of life.  So, I try to experience my sadness before letting it go.” 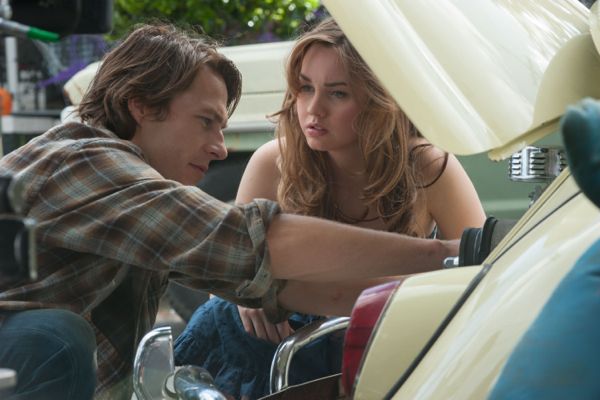 Sparks knows how important music is when telling a story on screen and was thrilled to have country music superstars Lady Antebellum on board for THE BEST OF ME. Vocalist Hilary Scott was excited to take on the project since she’s read all of Sparks’ books and this particular tale of love really resonated with her. This was the first time the group had ever been given a script and a synopsis and challenged to just figure it out.  Eventually after a beautiful guitar riff from Dave Haywood, and the line, “Love Comes in Circles” being massaged, the country trio produced the song "I Did With You," embracing Sparks’ themes and vision of love.

Hilary Scott: I just think that he has a way of just touching your heart, and making you have hope in finding love, and just being thankful for the love you do have, and just all of those things. I think it's just--.

Charles Kelley:   --The warm and fuzzies.

Hillary Scott:   The warm and fuzzies.

THE BEST OF ME is in movie theaters.