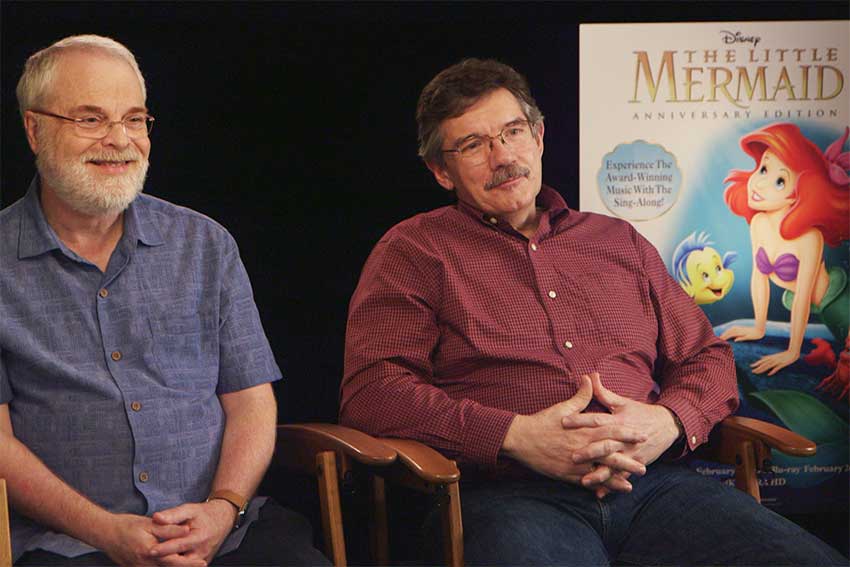 CineMovie sat down with THE LITTLE MERMAID's director Ron Clements and animation supervisor and Ariel's creator Mark Henn to talk about the 30th anniversary of the Disney classic coming to Walt Disney Signature Collection. During our day at Disney, we learned that Ariel was almost blonde and Flounder's big character arc was eventually deleted. The duo reveal the behind the scenes reasons for those changes. Watch below.

THE LITTLE MERMAID's Walt Disney Signature Collection will contain 45 minutes of extras that come along with the new Digital, 4K Ultra HD, and Movies Anywhere release now available and the 4K Ultra HD and Blu-ray™ on Feb. 26.

The 1989 classic was directed and written by Ron Clements and John Musker. The pair are famous for other Disney classics such as ALADDIN, MOANA and THE PRINCESS AND THE FROG. CineMovie spent the day at the Walt Disney Animation Studio in Burbank, CA to meet the people responsible for creating Ariel and the lasting legacy including the animator behind Ariel's look, Mark Henn, the Animation Supervisor. Henn also helped Ariel come to life in 3D for RALPH BREAKS THE INTERNET's princess reunion.

Watch as Ron Clements and Mark Henn reveal some interesting behind the scenes facts about making the movie 30 years ago.