Vanessa Hudgens On Pushing Herself Out of Her Comfort Zone (Interview) 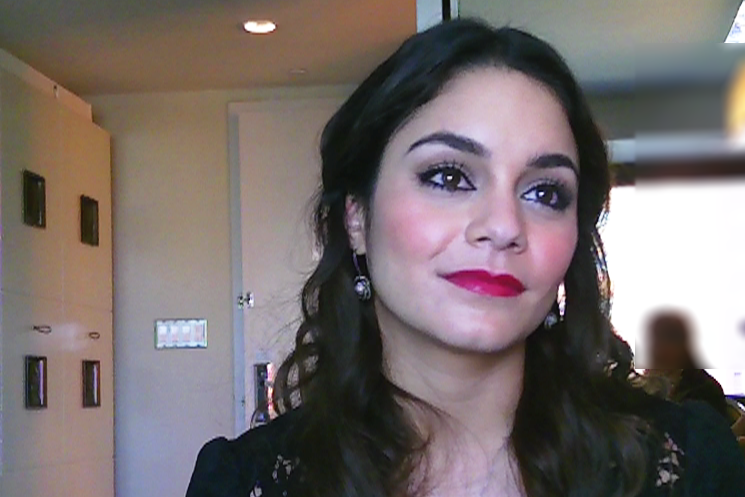 Vanessa Hudgens pushed herself out of her comfort zone to play a runaway teen in GIMME SHELTER. Looking battered and emotionally drained as the pregnant teen not only took some acting chops, but she lived it during her stay at a homeless shelter. In our sit down, the former Disney Channel darling says she has waited for this type of role for a long time and didn't mind gaining weight and looking unattractive.

Vanessa Hudgens not only transformed her beautiful looks to play an abused teen, but she took on a dramatic role that called for a range of emotions. This is a role we have not seen from the former High School Musical star. Based on a true story of a pregnant, homeless teen, Vanessa immersed herself in the role, gaining weight and looking less glamorous than what we're used to seeing her.  As Apple, she flees from her abusive junkie mother (Rosario Dawson) in search for her biological father who abandoned her long ago. After her Wall Street father (Brendan Fraser) encourages her to abort her baby, the teen flees into the dangerous city. A stranger (James Earl Jones) steers her to a suburban shelter for homeless teenagers where she finds the love and support of fellow teens and a house mother.  Hudgens spents weeks at the shelter with the teen the story is based on, and other pregnant teens.

During our sit down with the GIMME SHELTER actress, Hudgens mentions that she had always dreamed of playing a role such as this, but was never presented the right opportunity until GIMME SHELTER came along. "That's the only way you're going to grow," she says. "I've always loved the idea of a movie like this."

Hudgens explains she learned a lot about teen pregnancy and became close to the young women including the subject of the movie. Everyday was a challenge playing this character, according to Hudgens, and at the end of the shoot day, it was hard leaving the character. It took her a long time to break character after she was done with the film. However, the experience is one she wouldn't trade.