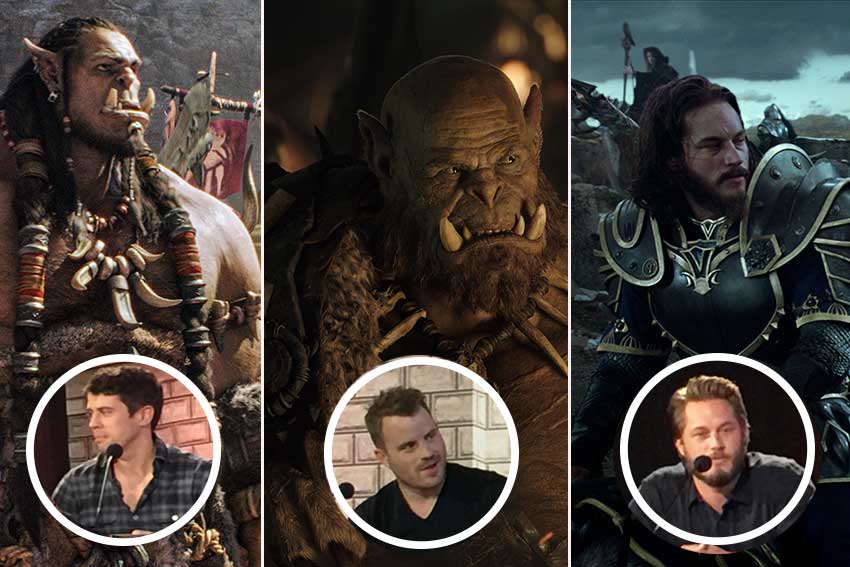 Opening June 10, the WARCRAFT movie is set in the world of Azeroth and the battle between the orcs and humans. Looking to escape from his dying world, the orc shaman Gul'dan utilizes dark magic to open a portal to the human realm of Azeroth. Supported by the fierce fighter Blackhand, Gul'dan organizes the orc clans into a conquering army called the Horde. Uniting to protect Azeroth from these hulking invaders are King Llane (Cooper), the mighty warrior Anduin Lothar (Fimmel) and the powerful wizard Medivh (Ben Foster). As the two races collide, leaders from each side start to question if war is the only answer. The film also stars Paula Patton, Ben Foster, Dominic Cooper Ben Schnetzer and Daniel Wu.

Toby Kebbell and Rob Krasinsky don't take human form in the movie, but through motion capture technology appear as Orc warriors Orgram and Durotan. The motion capture actors were on set interacting with their human co-stars, and judging by this interview, they had a good time doing it. Listen below.