Watch: Actors Put Through Hell for '47 Meters Down: Uncaged' Movie 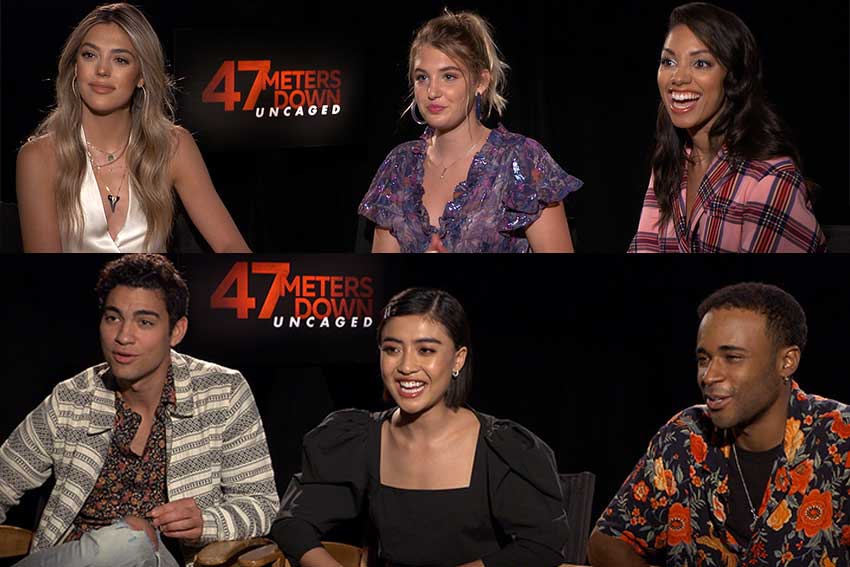 The stars of 47 METERS DOWN: UNCAGED didn't have it easy shooting underwater for 80% of the horror thriller. Find out what they had to go through to become shark bait.

CineMovie sat down with Sistine Rose Stallone, Corinne Foxx, Sophie Nélisse (THE REST OF US), Brianne Tju ("Scream: The TV Series"), Davi Santos and Khylin Rhambo in Los Angeles to chat about their experience preparing for their roles and literally diving head first into shark infested water. The actors had to become certified scuba divers before entering the large tank at a London sound stage. Not only did they have to become accustomed to wearing heavy scuba gear on their backs and an uncomfortable diving mask while submerged in water for hours but two of the actors are new to acting so the pressure was on to deliver a performance. Sistine Rose Stallone is Sylvester Stallone's daughter while Jamie Foxx's daughter Corinne Foxx make their feature film debut.