In Mexico, Eugenio Derbez is a huge star as a producer writer and director of some of the most popular and longest-running television shows such as “Al Derecho y al Derbez,” “XHDRBZ” and La Familia P. Luche.” He transitioned to Hollywood in hopes of expanding his fan base in the English-language market. He’s starred in Hollywood movies with Adam Sandler and Eva Mendes, but his biggest success story in in Tinseltown came with Instructions Not Included, a family film which he co-wrote and directed. The film went on to become the most successful Spanish-language film in the United States and worldwide.

"Estoy muy contento," he told us via a telephone call which translates to he's overjoyed to have a star on the Hollywood Walk of Fame. It's a dream come true for the Mexican actor, writer, producer and director, who adds it's every actor's dream to see their name on a Hollywood star.

Regretfully, Derbez says it’s “strange” that a only a few actors and filmmakers from Mexican cinema are included on the prestigious boulevard. Derbez notes there are far more Mexican musicians with stars than cinematic figures. Old school Mexican icons such as Pedro Infante, Cantinflas, Dolores del Rio, Katy Jurado and Dolores del Rio represent the Golden age of Mexican Cinema, but he adds there are no modern day Mexican cinematic artists reflected on the Walk of Fame. So how does he feel knowing he’s representing for his native country? In one word, “indescribable.”

Complete List of Latinos Immortalized on Hollywood Walk of Fame 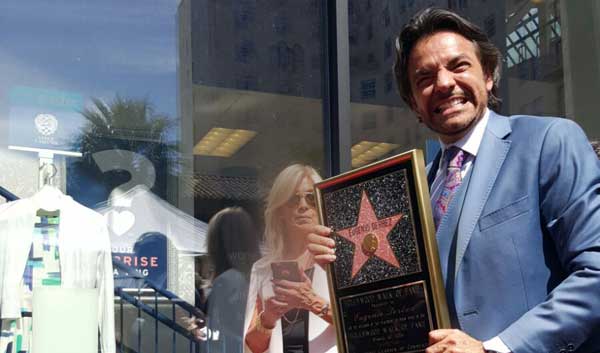 Diversity is a hot topic in Hollywood especially after the Oscar backlash from African-Americans such as Spike Lee and Jada Pinkett-Smith. Oscar host Chris Rock’s monologue also touched a nerve with some audiences including Derbez who thought his speech excluded other races.

While others have condemned the Academy Award of Motion Picture Arts and Sciences’ lack of diversity with its members, the Mexican native doesn’t think they can’t be that bad since they awarded Best Director to a Mexican filmmaker three years in a row with Alejandro G. Iñarritu winning the award for a second year straight. Before that, Alfonso Cuaron took home a golden man for Best Director for Gravity starring Sandra Bullock and George Clooney. The Academy also awarded the Best Cinematography Oscar statue to the same Mexican, DP Emmanuel Lubezski three years in a row.

“That speaks well of the Academy to be truthful. That means that they are very honest and they give awards to people who really deserve it. That made a lot of Latinos very happy to see a third year win for directing as well as in photography. They gave it to a Mexican three consecutive years.”

Eugenio Derbez really appreciates his fan base. When Jennifer Garner, his co-star in the upcoming film, Miracles from Heaven wasn’t able to attend his Hollywood ceremony after all, he was given the option to invite another celebrity, but he opted to bring the janitor from his building to celebrate along with his family.

“I decided it would be better to invite someone who represented mi gente (my people)… my fans who have supported me here and over there.” 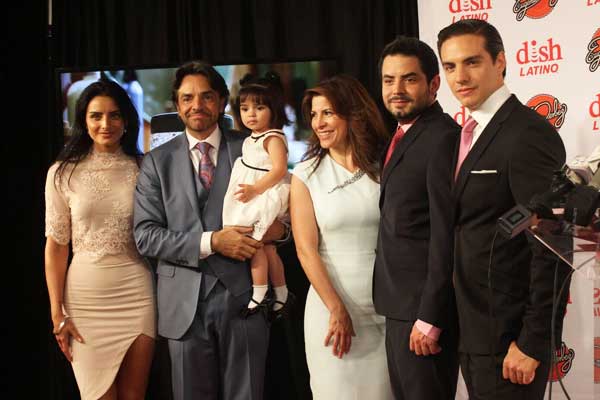 Up next you can catch Derbez opposite Jennifer Garner in Miracles from Heaven starting March 16, and later this year in Geostorm with Gerard Butler and Andy Garcia as the President of the United States. He tells CineMovie he’s currently looking to direct another film, but he’s still weighing his options.