GENTE-FIED is a clever play on the word “gentrified,” the process in which an urban area is revitalized with an influx of affluent residents, but it displaces lower-income families and mom-and-pop businesses. In Spanish, “gente” means people. 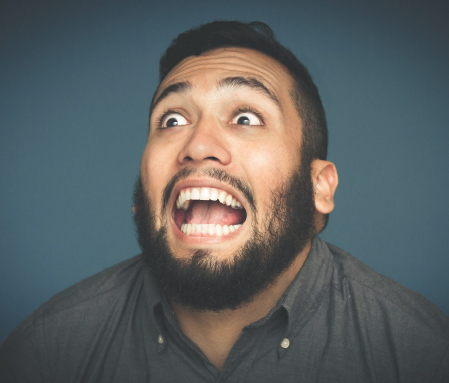 In GENTE-FIED, Lemus explores the pros and cons of gentrification in Boyle Heights, a heavily Latino populated neighborhood (barrio) of Los Angeles. The show follows seven Latino individuals who represent a different economic status from bicultural millennials to the working class, and their differing take on gentrification. Each character celebrates their Latinx identities differently against the outsiders who threaten to gentrify their barrio.

Each character is faced with the question, “Where do I belong?,” says Lemus, a Mexican/Guatemalan-American writer, director and producer known for various digital campaigns and shorts. The character’s identity crisis is challenged by the communities’ struggle to come to terms on how to revitalize the barrio.

“Instead of outside developers coming in,” says Lemus. “The community feels like they should be their own business, and it should come from within.”

Lemus inserts a bit of himself into GENTE-FIED. Growing up in Northern California, he admits he felt an identity crisis in his personal life like many of his characters  on GENTE-FIED.

“It’s about the conflict of identity in the face of change. I grew up wanting to be white.”

His “internalized hate” as he calls it was a result of not seeing any representation of Latinos on television or in movies. It wasn’t until later that he appreciated his heritage, and embraced it. Lemus fell in love with Boyle Heights because of its cultural richness, and it’s the reason why he made it his focus for GENTE-FIED.

You won’t be seeing the stereotypical Latino in GENTE-FIED, promises Lemus. The creator/director says he’ll “explores a gray area” from the Latino community which is the “Chicano millennial” while also representing the older working class, and the in-betweens.

The GENTE-FIED director teamed with MACRO, a media company focused on the multicultural market, to produce the series. MACRO helped bring in America Ferrera to star and executive produce along with MACRO’s Charles D. King and Aaliyah Williams. Ferrera’s part was originally written for a male actor, but he changed it for the “Superstore” star. Lemus also wrote Ferrera a personal letter after their initial meeting to seal the deal.

A lucky few had the chance to see GENTE-FIED at the Sundance Film Festival this year, and stay tuned for more news of where audiences can watch this much needed series featuring Latinos.