Music Box Films is proud to present the US theatrical release of CHAVELA, a captivating portrait of barrier-breaking Mexican ranchera star Chavela Vargas whose international fame peaked after a triumphant return to the stage at the age of 71. 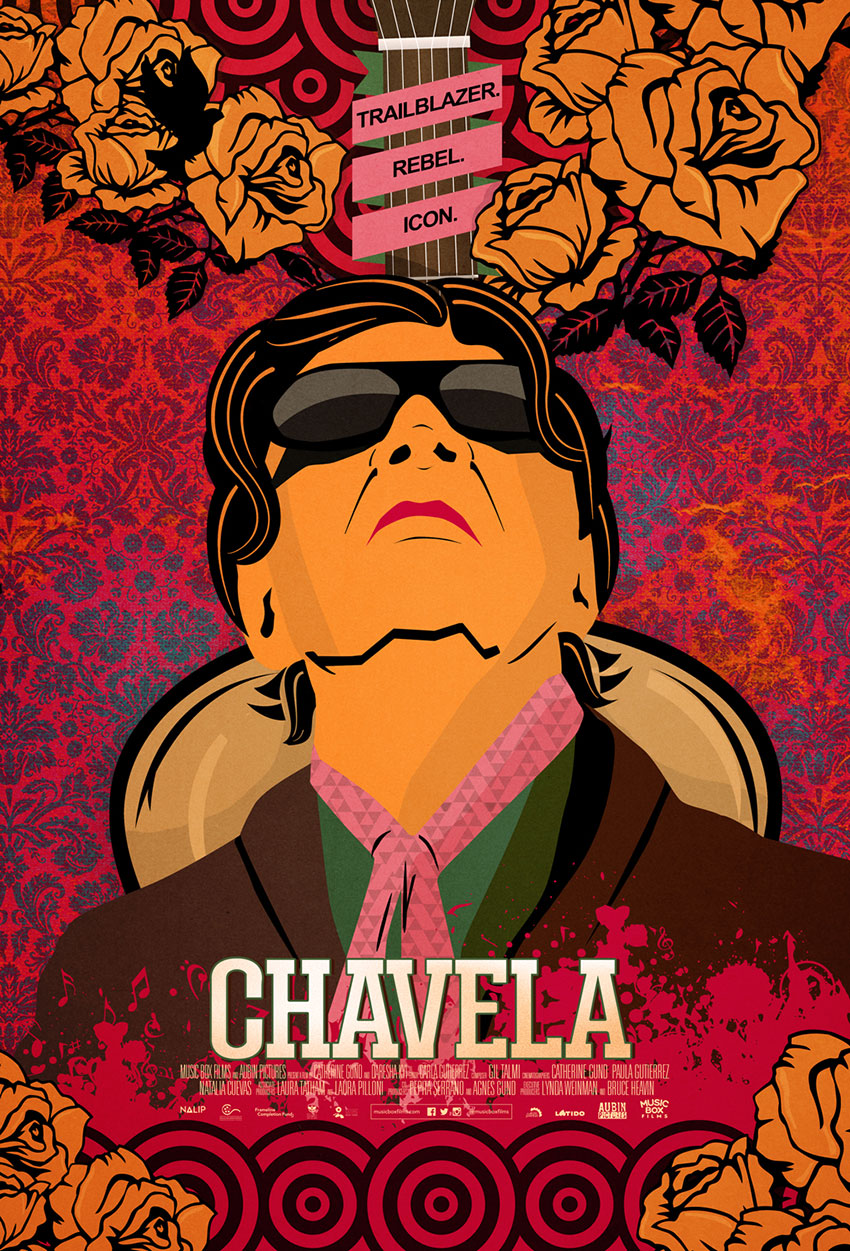 Born in Costa Rica in 1919, Chavela Vargas ran away to Mexico City as a teenager to sing in the streets. By the 1950s she had become a darling of the city’s thriving bohemian club scene, delivering her performances with a raw passion and unique voice. Challenging mainstream Mexican morals by dressing in pants, drinking tequila, and smoking cigars while singing love songs intended for men to woo women and refusing to change the pronouns, Chavela was a bold, rebellious, sexual pioneer who defied gender and sexuality stereotypes at a time when being “out” was often dangerous.

CHAVELA centers around a 1992 interview--the singer's first public appearance after 12 hard years lost to alcoholism and heartbreak. Her amazing comeback began when Spanish filmmaker Pedro Almodóvar, who had featured her music in many of his films, played an instrumental role in elevating her career to international acclaim. Whenever he introduced her to the public, he would kneel down to kiss the stage before she performed at renowned venues like New York’s Carnegie Hall, Paris’ L’Olympia Theatre, and Madrid’s Plaza de España.

In her lifetime, Chavela was credited with recording 80 albums, received a Latin Grammy for Lifetime Achievement, and was the second woman to win Spain’s most prestigious artistic award, the Grand Cross of Isabel, the Catholic. She was close to many prominent artists and intellectuals including Juan Rulfo, Agustín Lara, Frida Kahlo, Diego Rivera, Dolores Olmedo, José Alfredo Jiménez, Lila Downs, and Joaquin Sabina. Chavela also appeared in the 1967 movie La Soldadera, Werner Herzog’s Scream of the Stone and Julie Taymor’s Frida, and sang “Tú Me Acostumbraste” (“Because of You, I Got Accustomed”) in Alejandro González Iñárritu’s Babel. Chavela passed away in 2012 at the age of 93.