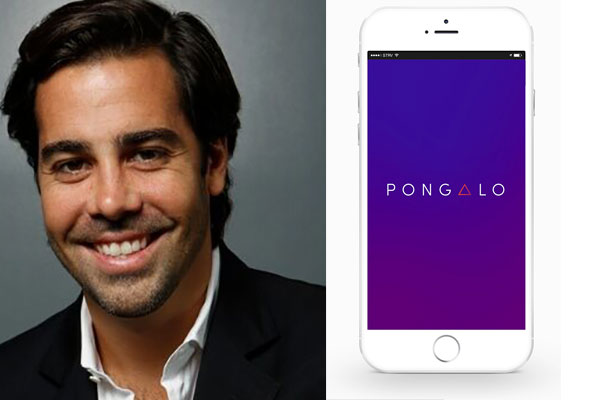 New streaming service Pongalo has launched in the United States targeting Spanish-speaking audiences with over 10,000 hours of Spanish programming including the original Spanish series that inspired Jane the Virgin starring Gina Rodriguez. CineMovie spoke with Pongalo CEO Jorge Granier about the new service and why Latinos are in need of Spanish programming.

Jorge Granier created the U.S.-based Latino digital media company PONGALO (formerly Latin Everywhere) to cater to the Spanish-speaking audience clamoring for countless hours of telenovelas which he bases on his experience with users consumption on other streaming platforms such as Hulu and YouTube. After the 2010 census revealed a Latino growth, the entrepreneur started gathering rights to projects from around the world, and uploading the programs online.

“We saw a huge success from YouTube uploads. People are searching for it. They’re downloading it or streaming it when they can.”

His YouTube channel had countless hours of programming and subscribers. The fact that there isn’t much competition for the Spanish-language streaming gave birth to Pongalo.

Granger has a lifetime of experience with Spanish language programming. At 15, he joined the family business to learn about the ropes. His family was in the broadcast business in Venezuela until the government shut it down in 2007. After the closure, he moved to Miami to work with an international distribution company who distributed novelas around the world. Since then, he’s been buying the rights to shows for other markets including his well-known acquisition of Venezuelan show Juana La Virgin (2002) for the United States which became Jane the Virgin starring Gina Rodriguez. The hit CW romantic comedy is headed into its third season. The show was also adapted in Turkey and Germany. The original show is one of the selections on Pongalo.

On Pongalo, you’ll find hit telenovelas including a PONGALO original, Hollywood blockbuster movies, TV series, documentaries, and kids programming, but novelas or Spanish soap operas are by far the most popular. Why do novels continue to be so popular?

“It really struck a chord,” says Granger. “It’s an aspirational story. It’s a story of empowerment.”

Granger gives us a lesson in the origins of the Spanish soap opera. The genre was born in Latin America primarily in Cuba through the radio novelas, and the format was adapted in Venezuela and Mexico. Since then, the genre has grown around the world with Spanish novelas being adapted in Russia, Turkey, India, Malaysia and countless other countries.  “It connects so well with the audience in any language,” says the Pongalo creator.

Granger likens Pongalo to HBO because of it array of offerings.

“If you want Spanish-language stuff with a huge selection across all genres, you go to Pongalo.”

For more information, visit Pongalo.com and test it out with a trial run for the first month.