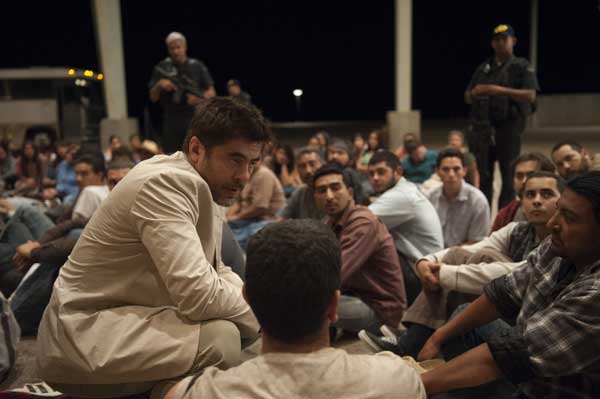 SICARIO starring Emily Blunt, Benicio del Toro and Josh Brolin looks like a real nail-biter, and new released clip titled "Bridge" is quite a cliffhanger. Watch the intense clip as a standoff is brewing near the border, and find out how to unlock a behind the scenes look at the thriller using Twitter.

Fans can get a sneak peek into the world of SICARIO with the newly launched “Cartel Cipher” Twitter game, which puts them into the role of junior U.S. investigators looking to disrupt drug cartel activity along the U.S./Mexico border. Users play along in real time via Twitter to reveal coded messages and search for clues using familiar Twitter activities like tweeting, searching hashtags, sending Direct Messages, to unlock exclusive video featurettes.