10 CLOVERFIELD LANE, one of the most riveting films from last year arrives on Blu-ray/DVD Tuesday, June 14, and along with the film, movie fans get 30 minutes of behind the scenes footage into the production starting from the script phase. Check out what else you’ll be getting as bonus features.

The Combo Pack includes Digital HD, commentary with director Dan Trachtenberg and producer J.J. Abrams, and over 30 minutes of special features. Take an extensive look behind-the-scenes with Abrams and the cast as they revisit the legacy of 2008’s CLOVERFIELD, and discuss how 10 CLOVERFIELD LANE went from script to production. Continue with a tour of the ominous bunker, see how the costume designer was challenged to create a homemade Hazmat suit, follow the production team and sound designers as they work on the movie's epic finale, and hear the unique scores composed for each character.  Plus, for a limited time only, get a bonus Digital HD copy of the original CLOVERFIELD with the Blu-ray Combo Pack. 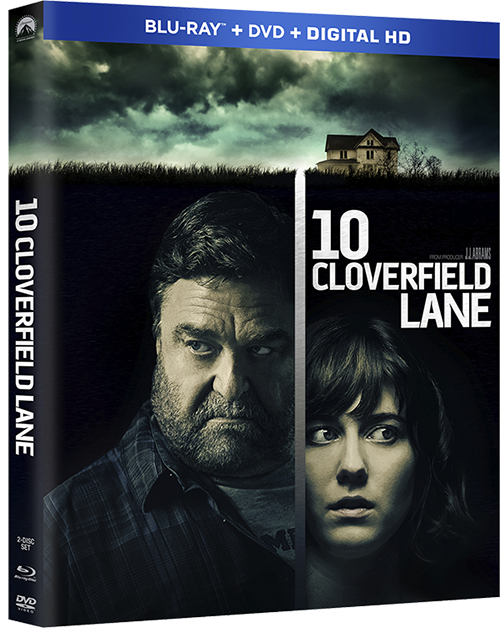