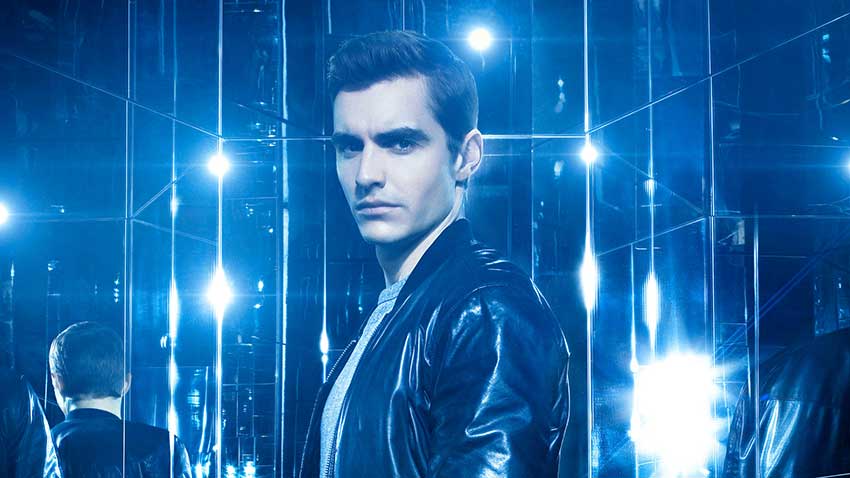 Dave Franco will be directing Alison Brie in SOMEBODY I USED TO KNOW for Amazon Studios from a script written by Franco and Brie. The romantic comedy will also star Jay Ellis and Kiersey Clemons.

SOMEBODY I USED TO KNOW will be produced by Temple Hill Entertainment and Black Bear Pictures. In the press release below, the movie is set to be released in 2022.

See more about the new production below.

SOMEBODY I USED TO KNOW follows workaholic Ally (Brie) who, on a trip to her hometown, spends a night reminiscing with her ex-boyfriend Sean (Ellis), which makes her start to question everything about the choices she's made and the person she’s become. And things only get more confusing when she meets Cassidy (Clemons), a younger woman who reminds her of the person she used to be.

“Alison and I love romantic comedies and were inspired by the classics from the 80’s and 90’s,” said Franco. “We couldn’t be more excited about working with Jay and Kiersey, who are both extremely natural performers, capable of bringing levity and drama in equal measure. And we’re so grateful to have partnered with Amazon Studios, who have been incredibly supportive in helping bring this project to life.”

“Audiences around the world are going to fall in love with Somebody I Used to Know just as much as we did,” said Julie Rapaport, Co-Head of Movies at Amazon Studios. “Dave and Alison have reimagined a beloved genre in a delightfully modern way. We could not be more thrilled to watch this incredible cast bring the film to life, shepherded by Dave’s vision, and to partner with Temple Hill and Black Bear to bring it to screen.”

Franco's producing credits include a24's Zola which premiered to glowing reviews; the highly anticipated Hulu mini-series Pam & Tommy starring Sebastian Stan and Lily James; and the upcoming Vanilla Ice biopic To the Extreme in which he is also attached to star. In front of the camera, Franco recently wrapped production on the Apple Limited Series The Afterparty, which reteams him with producers Lord and Miller, and Netflix's feature film Day Shift in which he stars opposite Jamie Foxx.

In film, Brie most recently starred in Focus Features’ Promising Young Woman, which earned an Academy Award for Best Original Screenplay, in addition to a nomination for Best Motion Picture of the Year. On the television side, she previously starred in Glow for Netflix, earning two Golden Globe Award nominations for her role.

Ellis currently stars in HBO’s Emmy-nominated comedy series, Insecure, returning for its fifth and final season this October. In film, he will next be seen in the highly anticipated Paramount Pictures sequel Top Gun: Maverick with Tom Cruise, set to release November 19. Ellis most recently co-created and executive produced the new original podcast “Written Off,” that amplifies voices of formerly incarcerated young authors with a remarkable talent for the written word.

Clemons is set to reprise her role as ‘Iris West’ in The Flash for Warner Bros., slated to release next November. She previously appeared as ‘Darling’ in the live action-CGI hybrid feature, Lady and the Tramp for Disney+ as well as starred in the Sundance breakout films Hearts Beat Loud and Sweetheart. Clemons will also voice a lead character in the upcoming animated series, Fairfax, an adult half-hour for Amazon Prime Video scheduled to launch this fall.

Temple Hill recently released Paul Weitz's Fatherhood, starring Kevin Hart, which was watched by over 60 million families on Netflix in its first month, and Clea DuVall's Happiest Season, which was Hulu’s most watched original film in the streaming service’s history. Upcoming films include Carey Williams' Emergency, an unconventional thriller for Amazon Studios, and Chris Landon's We Have A Ghost, a family adventure for Netflix starring Anthony Mackie & David Harbour. Temple Hill also just produced second seasons of their hit TV series Dave on FX and the Love, Simon spinoff Love, Victor on Hulu.