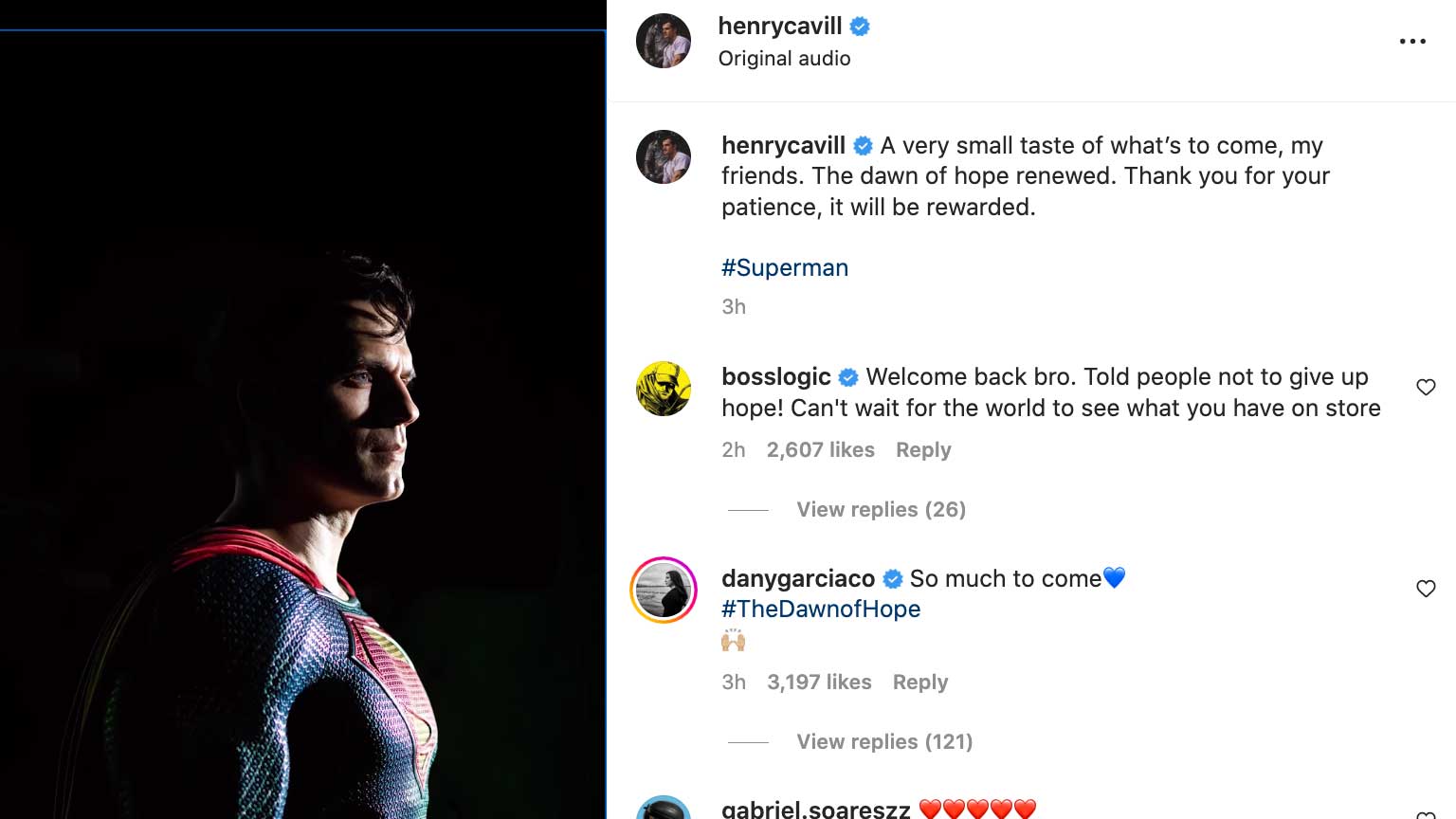 Henry Cavill announced Monday that his cameo in Dwayne Johnson's BLACK ADAM was his re-introduction back into the DCEU. The actor took to Instagram to tell fans of his return and promises a new and exciting chapter. See Henry Cavill's Instagram post below.

Henry Cavill waited until the end of the weekend to make his announcement, and he dropped a few hints of the direction the new MAN OF STEEL sequel may take. "I am back as Superman," Cavill proclaimed in his video post.

Cavill went on to say, "The image you see on this post and what you saw in BLACK ADAM is just a very small taste of what’s to come." Will Kal-El face off with Black Adam as teased in the post credit scene or will he first return in a sequel to MAN OF STEEL. He may have dropped a hint in the description of the video, "The dawn of hope renewed," he wrote. Johnson's Seven Bucks producing partner Dany Garcia replied, "So much to come," with the #TheDawnofHope. Could this signal a much lighter tone for the next Superman outing? The internet was buzzing about whether Superman should change direction from Zack Snyder's darker version to a hopeful one like Christopher Reeve's Kryptonian. The name seems to suggest that's the direction it may take given that Dwayne Johnson's Seven Bucks will be the producers, and the Rock is all for fun and hope.

Finally, Cavlll thanked fans for rallying for his return.  "Thank you for your support and your patience. I promise it will be rewarded."

We have already been rewarded with his return.