From the set with original stars Neve Campbell and Courteney Cox, Executive Producer Kevin Williamson posed with the production clapboard and the official movie name. It's interesting that they went for something so simple without a subtitle or simply adding a 5 to it. It may cause some confusion with the original movie with the same name.

SCREAM also sees David Arquette and Marley Shelton returns as the Sheriff. The new film boasts a diverse casts that includes Melissa Barrera, Kyle Gallner, Mason Gooding, Mikey Madison, Dylan Minnette, Jenna Ortega, Jack Quaid, Marley Shelton, Sonia Ammar and Jasmin Savoy Brown. SCREAM is directed by READY OR NOT directors Matt Bettinelli-Olpin and Tyler Gillett who we spoke to during the production for some insight into the secretive sequel. Read it here. 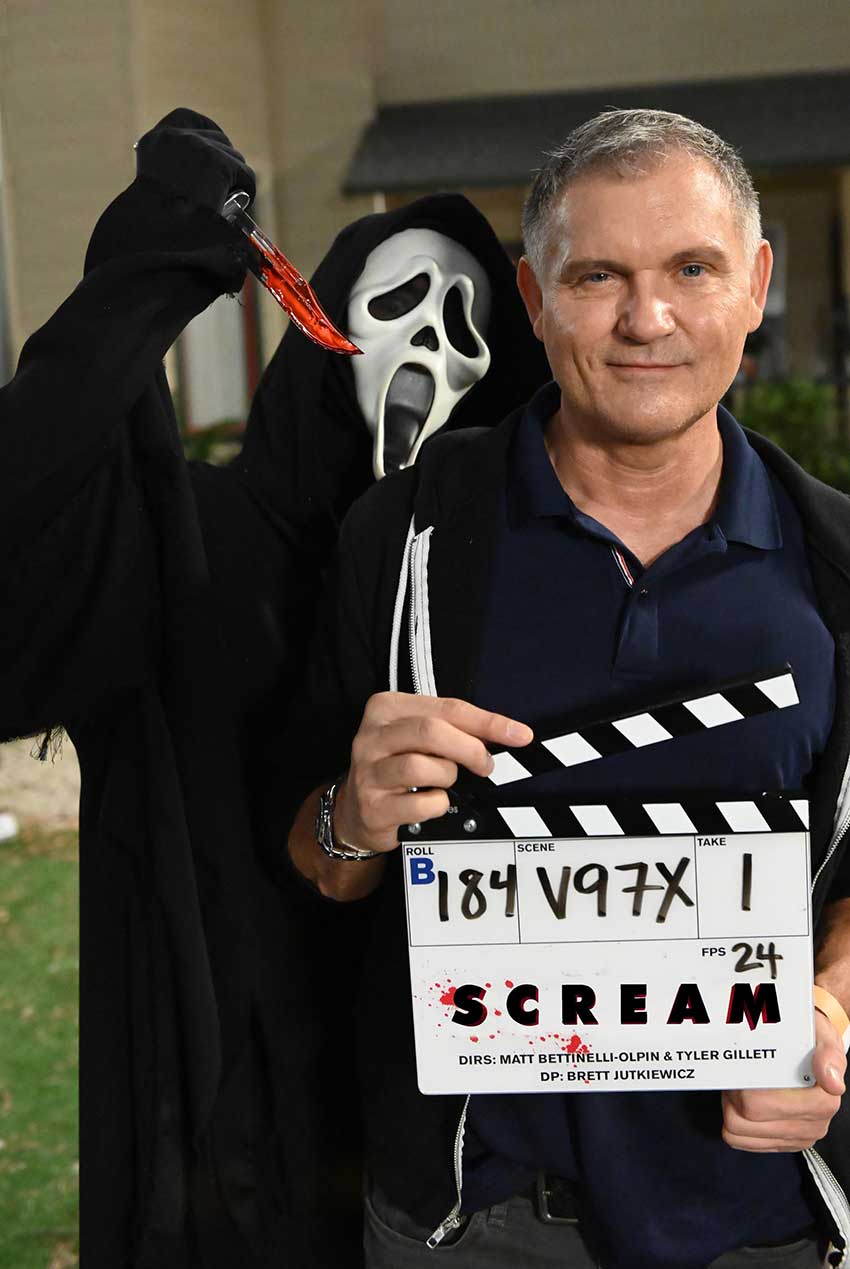