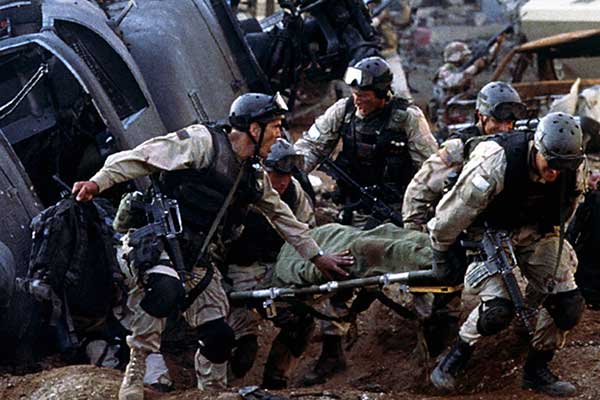 The only way to watch Black Hawk Down is on the big screen, and thanks to the UCLA School of Theater, Film and Television now you can. The film school is paying tribute to legendary film producer Jerry Bruckheimer during a month long tribute to his films, and this Friday, April 15 the Ridley Scott film will be shown at UCLA’s Billy Wilder Theater in Los Angeles.

Besides Black Hawk Down, other Bruckheimer classics will be screening for the rest of April with Crimson Tide, American Gigolo and Beverly Hills Cop screening at the same location.  Titled The Heat Is On: A Jerry Bruckheimer Film Festival, the festival will recall highlights of his long career and celebrate his indelible contributions to film history and the American motion picture industry. 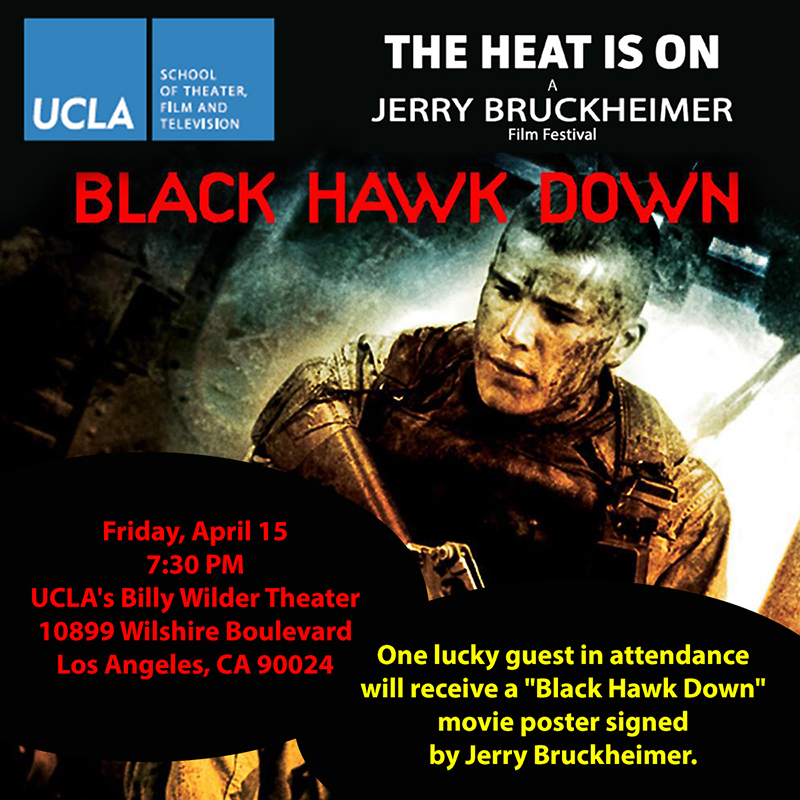 Presented in association with Paramount Pictures and UCLA Film & Television Archive, The Heat is On: A Jerry Bruckheimer Film Festival will take place at UCLA's Billy Wilder Theater in Westwood Village.

Check out the schedule of films in April. Get your tickets and information at  this link https://www.eventbrite.com/e/the-heat-is-on-a-jerry-bruckheimer-film-festival-tickets-21096569407

Friday, April 15
"Black Hawk Down”
7:30 p.m.
One lucky guest in attendance will receive a "Black Hawk Down" movie poster signed by Jerry Bruckheimer.