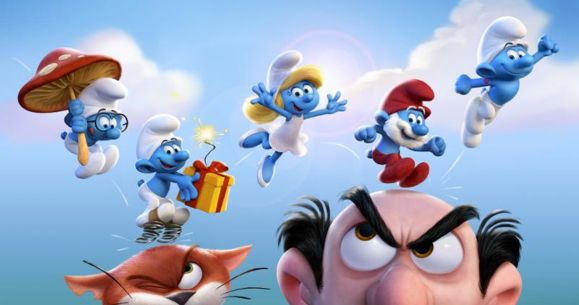 How do you celebrate Global Smurfs Day (June14)? By announcing a new Smurfs animated movie that will feature Demi Lovato voicing our favorite blue gal, Smurfette while Rainn Wilson will play Smurf nemesis, Gargamel. Instead of adding another live-action Smurfs film, Sony Pictures Animation is going the digital route with a fully computer-animated feature film titled GET SMURFY for the third outing.

GET SMURFY finds Smurfette and her brothers trekking through the uncharted Enchanted Forest to try and discover a fabled Smurfs village before their nemesis, the evil wizard Gargamel, does.  Along the way, some of the mysteries of the little blue creatures' origins are brought to light:  do Smurfs come in any other colors? are their mushroom houses organic? And... why are there 99 boys and only one girl???