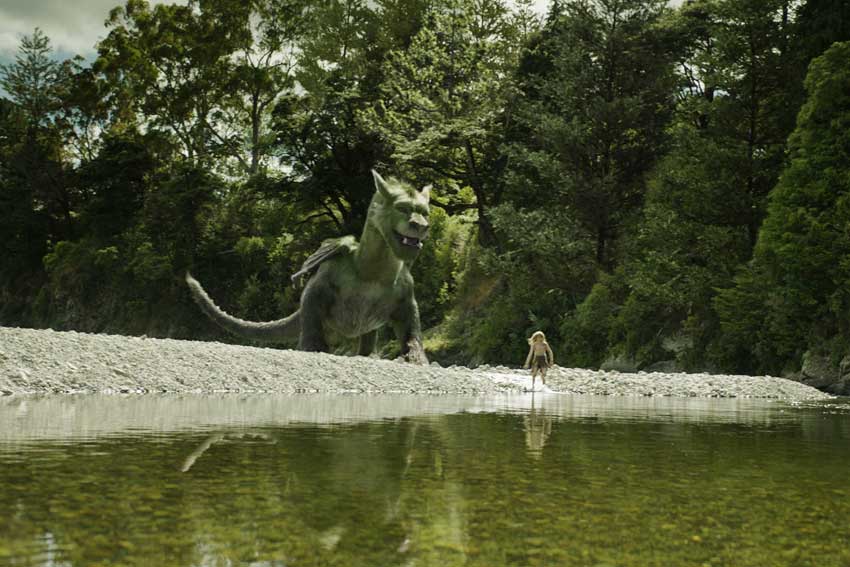 CineMovie recently spent a morning at the El Capitan Theater in Hollywood for an exclusive sneak peek of the highly anticipated remake of the Disney classic, PETE'S DRAGON, and we’re giving you the breakdown on what Disney previewed for the first time that includes a look at the dragon.

A reimagining of Disney’s cherished family film, PETE'S DRAGON is an adventure of an orphaned boy named Pete and his best friend Elliot, who just so happens to be a dragon.

Since the trailer dropped a few days ago, many fans of the original can’t wait to see how the film will match up with the widely cherished 1977 version. Director David Lowery (Ain't Them Body Saints) took the stage to share with us four different clips. According to Lowery, he didn’t want to just make a remake of a Disney Classic, he wants to reenergize the story and introduce it to a whole new generation.  First order of business: Make the dragon furry.

"I said look, if you put a "Game of Thrones" dragon in this he’s going to be scaly. He’s going to be cold and he’ll be cool, but I want this to be a dragon you really want to give a hug to and snuggle up with,” smiled Lowery. “That’s because I love my cats and I was probably petting my cat being like, ‘I wish this guy was 20 feet tall.’” 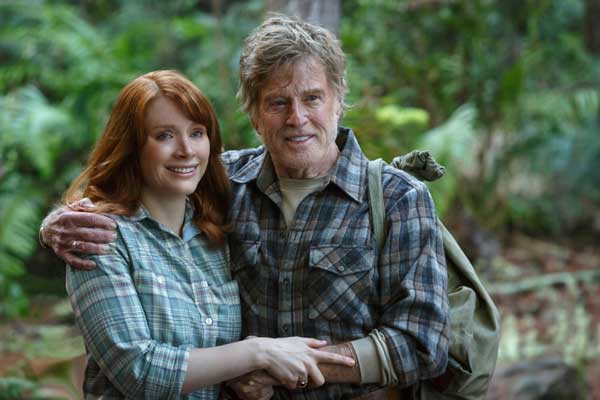 The first clip they showed us featured a closer look at Robert Redford’s character named Mr. Meacham, an old man whom kids gather around to listen to fables about dragons in the woods. As Meacham tells his story, his daughter Grace played by Bryce Dallas Howard, enters the scene and assures the kids that she’s been working in the forest for years and she hasn’t seen a single dragon. Little does she know her mind is about to be blown!

The next clip we screened gets straight to the heartbeat of the story as we watch Pete played by Oakes Fegley, having fun interacting with his friendly dragon. We experience them flying around as if we we’re watching THE NEVER ENDING STORY on steroids.  Audiences finally got to see Pete's dragon in the new recently released trailer.

The third snippet they showed us involves Pete introducing his new family: Grace, Mr. Meacham, and Natalie (Oona Lawrence) to his dragon Elliot who inhabits a cave deep in the forest. During a scene like this, you can’t help but reminisce on the similar magic you felt while watching ET for the first time. The wide-eyed stare’s of once non-believers is always fun to witness on the big screen. 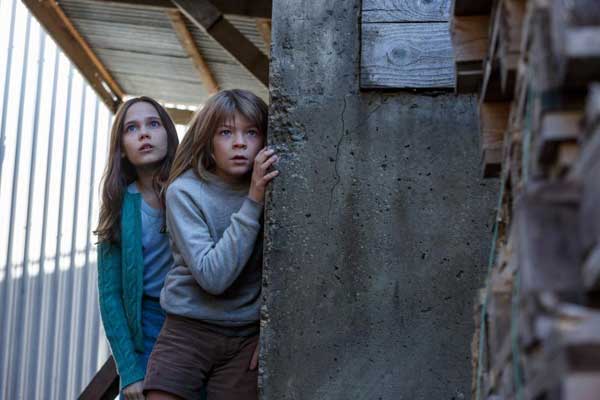 In the final clip, we meet the antagonist of the story Gavin played by Karl Urban (STAR TREK). Gavin had captured Elliot, with the conviction that Dragons pose a threat to mankind. Of course, Team Meacham busts Elliot out of Gavin’s grasp and a chase scene ensues. They strategically left us all on a cliffhanger, encouraging us to see what happens next when PETE'S DRAGON flies into theaters August 12th!