Mark Hamill Emerges as a Stormtrooper in 'Star Wars The Force Awakens?' 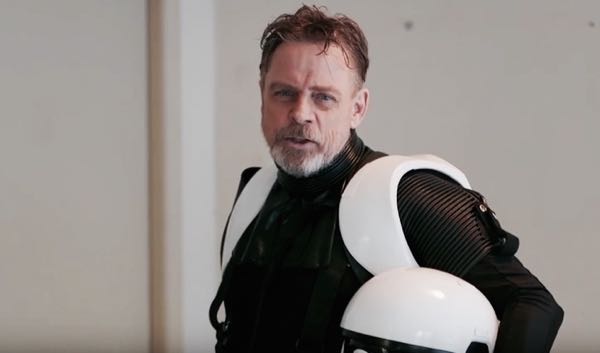 Mark Hamill finally makes an appearance, but as a stormtrooper. Don't worry he's not undercover again or turning to the dark side. The STAR WARS: THE FORCE AWAKENS star dons the stormtrooper outfit for a charitable cause. Watch the hilarious video of Hamill on the streets of Hollywood encountering everyone from Iron Man to Darth Vader.

The cast & filmmakers of STAR WARS: THE FORCE AWAKENS have teamed up with Omaze to benefit some incredible charities. Mark Hamill took to the streets to spread the news. Win a chance to attend the film's premiere here: http://bit.ly/MarkHamillUndercover