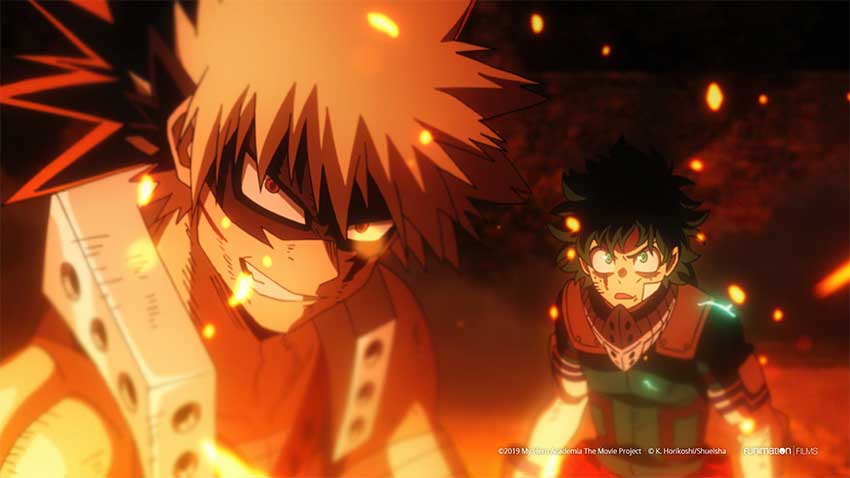 MY HERO ACADEMIA: HEROES RISING, the second installment to the highly-successful anime franchise has arrived in movie theaters playing in more than 1,000 theaters across the U.S. and Canada as a limited theatrical engagement in both Japanese (English subtitles) and English dub.

In the film from Toho Co Ltd., Class 1-A visits Nabu Island where they finally get to do some real hero work. What’s supposed to be a peaceful trip turns dangerous after the appearance of a villain with an unimaginable, yet eerily familiar Quirk. As Deku and his friends fight to protect the island, they are forced to prove themselves as the next generation of heroes.

The first feature film from the franchise, MY HERO ACADEMIA: TWO HEROES, released in 2018 and was a huge hit with U.S. and Canadian audiences, grossing $5.7M at the box office and ranked among the Top 10 highest-grossing domestic anime films of all time – even surpassing THE WIND RISES ($5.2M) by legendary director Hayao Miyazaki.

MY HERO ACADEMIA has captivated audiences beyond the core anime and Japanese entertainment fans through unique storytelling around the global superhero phenomenon. The series has introduced a number of diverse characters who each have their own special “Quirk” (a special superhuman ability that a person can have), allowing fans the opportunity to connect with their favorite characters on a personal level. MY HERO ACADEMIA: HEROES RISING serves as a standalone film that will continue bringing superhero action and adventure to a wide range of audiences to enjoy.