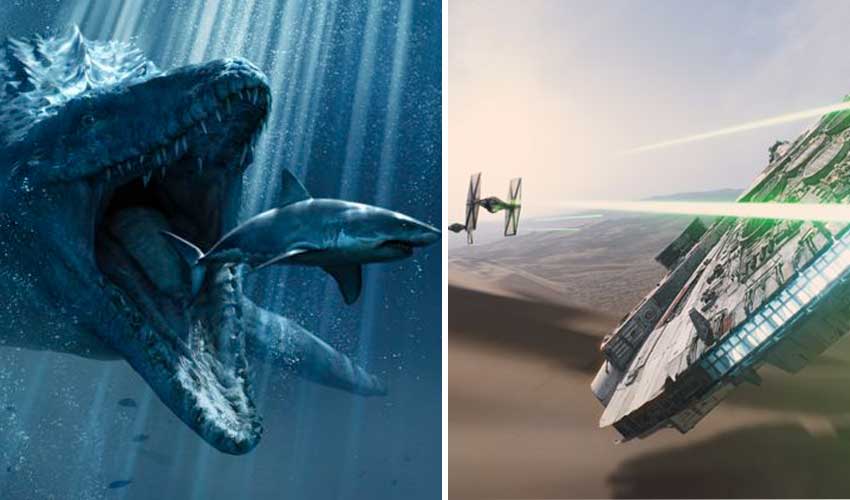 Universal Pictures and Buena Vista (Disney) dominated the domestic box office with their tent-pole films in 2015, but who was the ultimate winner among the many blockbusters? Jurassic World took a big bite out of the box office, but Star Wars: The Force Awakens swooped in to take the number one spot as the new year hit. The Star Wars reboot also overtook Jurassic World and Titanic to become the second highest grossing films of all time domestically behind Avatar. All-time worldwide, tar Wars: The Force Awakens ranks #7, but that hierarchy may be changing soon in 2016.

What other films in 2015 earned top dollar at the box office?  See the top 10 chart.

The Jurassic Park franchise reboot held on by it's teeth to be the highest earning film for 2015. Check out how close the new Star Wars movie came to beating it and where films such as Inside Out, Furious 7, The Hunger Games: Mockingjay Part 2 and The Martian fell on the top 10 box office chart.