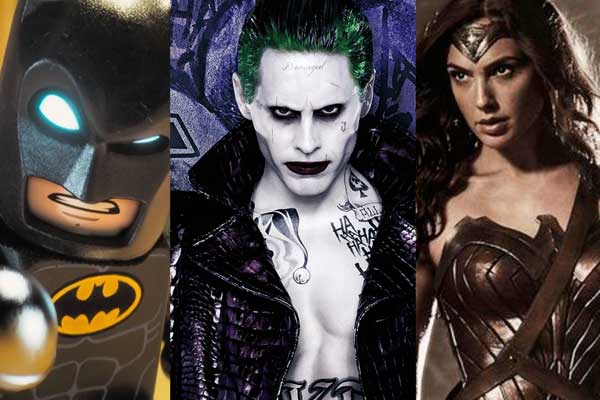 Warner Bros. will be parading tons of stars from their upcoming slate of anticipated films including WONDER WOMAN, SUICIDE SQUAD, THE LEGO BATMAN MOVIE, KING ARTHUR: LEGEND OF THE SWORD, KONG: SKULL ISLAND and FANTASTIC BEASTS AND WHERE TO FIND THEM on Saturday, July 23. Will Smith, Margot Robbie, Charlie Hunnam, Tom Hiddleston, Gal Gadot, Colin Farrell, Viola Davis and Chris Pine are just some of the many A-list actors attending Comic Con’s Hall H panel discussions hosted by Conan O’Brien. Talent will also be signing autographs for fans on the convention floor.

On Saturday, July 23, beginning at 11:30 a.m., Warner Bros. will showcase several of its most-anticipated upcoming feature releases in its Hall H presentation, headed up by master of ceremonies Conan O’Brien:

• Director Chris McKay and star Will Arnett from “The LEGO Batman Movie.”

Also on Saturday, convention floor activities include:
• In the Warner Bros. Booth: a “Fantastic Beasts and Where to Find Them” Wand Station and talent signing; “The LEGO Batman Movie” Selfie Booth; and an autograph signing with “King Arthur: Legend of the Sword” star Charlie Hunnam.

Sue Kroll, President, Worldwide Marketing and Distribution, stated, “Comic-Con is one of our favorite annual events and we’re thrilled to have an extraordinary lineup of films to highlight this year. It’s always exciting for us to give these fans a taste of what we’re bringing to theaters in such a direct way, connecting them with the talented actors and filmmakers who work so hard to make everyone’s movie-going experience a memorable one.”