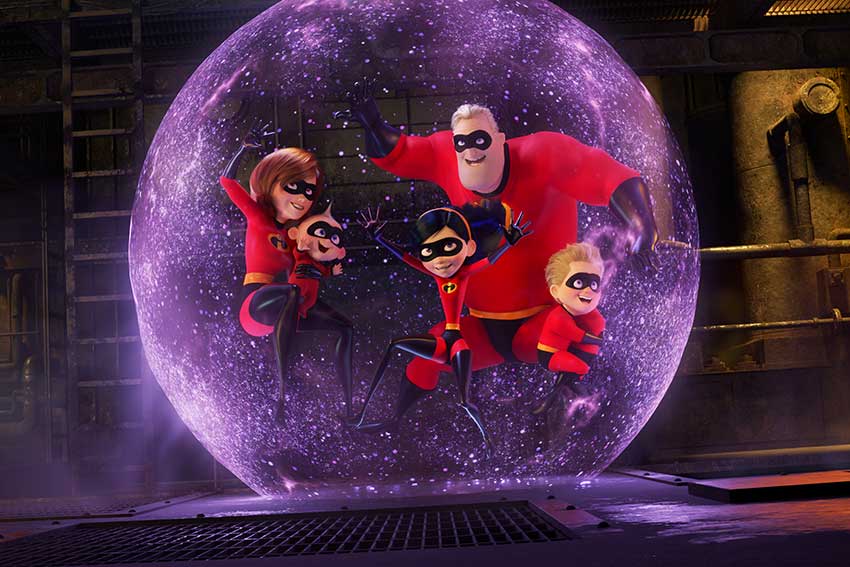 Although it's been 14 years since the last adventures of the Parr family, the superheroes are just as fun and entertaining. Director/writer Brad Bird picks up where he left off with a satisfying follow up that leaves you wanting more of the Incredibles.

INCREDIBLES 2 resumes their adventures immediately following the events of the last movie but the government sidelines their superhero activities. Helen is called on to lead a campaign to rebuild the Supers reputation, while Bob navigates the day-to-day heroics of “normal” life at home with Violet, Dash and baby Jack-Jack—whose super powers are about to be discovered by his family.

Not aging the family was a great idea in that we don't want to miss baby Jack-Jack's entry into his superpowers. Bird explained during the Los Angeles press conference his decision to pick up the story where we last left off. (Watch interview) That's the beauty of animation, in that you have the choice to keep your characters the same age. It makes sense for the story since the first movie teased Jack-Jack's new powers in the finale. 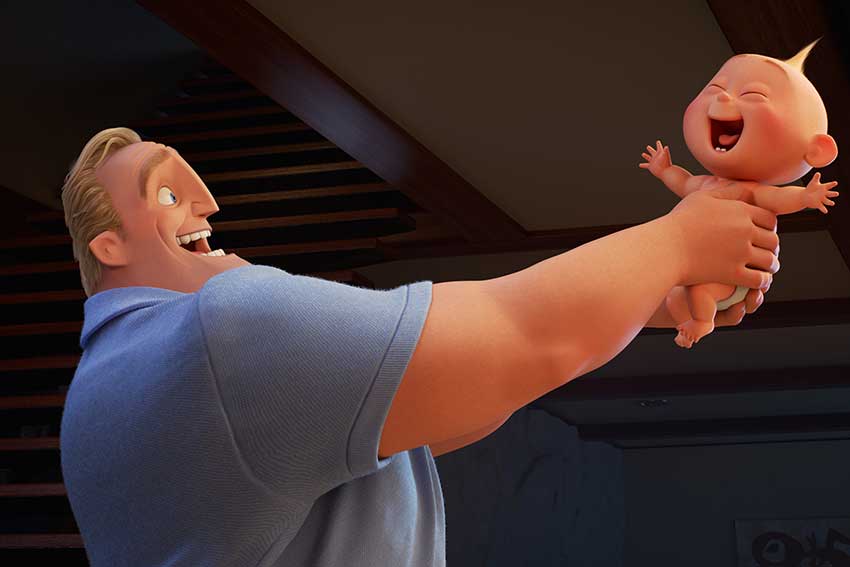 Brad Bird took a page from the Avengers in which the superheroes are seen as outlaws because of the destruction they have caused in saving the world. In INCREDIBLES 2, the Supers are illegal and benched.

Helen is called on to show the world they need superheroes, while Bob is relegated to daddy day care which he finds overwhelming. Reflecting a modern narrative in INCREDIBLES 2 makes it all the more appealing. While the characters haven't aged a bit, the themes have evolved.

INCREDIBLES 2 reinforces the idea of family and the tribulations of both the parents and the children in a family dynamic.

It's an overall good time, and INCREDIBLES 2 is the kind of film we need in the current state of the world where negative news dominates the headlines.