'Sea Fever' Movie Review: A Sci-Fi Thriller For The Times

Siobhán (Corfield) is a socially awkward marine biology student who joins a small crew of a ragged fishing trawler to study marine life. Gerard (Scott) and Freya (Nielsen) are the Irish captains of the ship facing hard times on the Atlantic seas. Siobhán's red hair is a bad omen to the crew, and they're right. While out on a fishing expedition, a strange creature latches onto their boat and the crew members become infected from the creature's secretions. 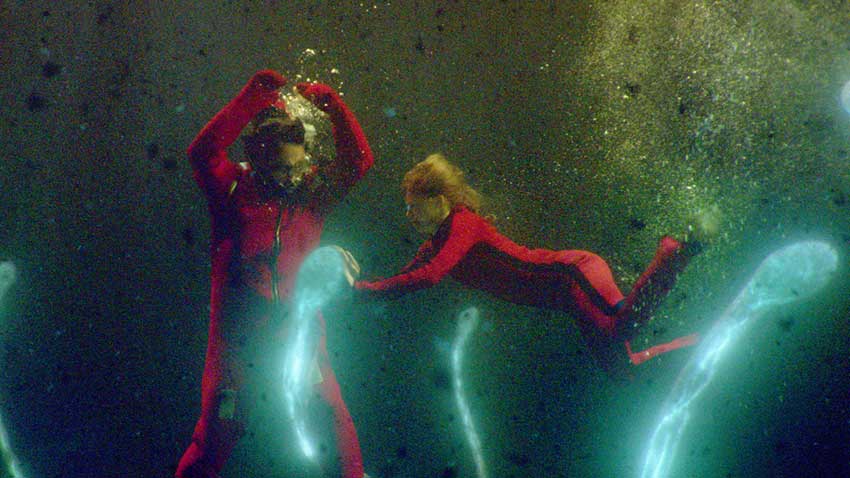 SEA FEVER definitely takes plot points from sci-fi classics like ALIEN, THE THING, and tons of underwater sci-fi action movies. However, the action is largely grounded and based on science rather than blockbuster level spectacle. Cornfield's Siobhán leads the efforts to save the crew, but not in a bad ass way. Instead she uses her intellect and knowledge of marine life to come up with scientific solutions to their dilemma. She's fearless, very focused and often seems unfazed by their dire situation. There's a hint she may be on the autism spectrum, but that keeps her calm while the crew members panic.

While the plot is familiar and predictable, director Neasa Hardiman offers a refreshing take on the film's hero as explained above but also in regards to the supporting characters. In most genre movies, character's fit a mold whether it be the smart ass, the loose cannon or the scientist who wants to study the anomaly versus destroying it for the greater good. Hardiman forgoes those cliches for compelling characters who are all likable and work together to survive. That's not to say there isn't conflict.

The crew become infected, and Siobhán urges the crew to isolate instead of docking to avoid spreading on land. The characters face the moral question of sacrifice for the greater good over selfish needs.

Monster movies (Frankenstein, Godzilla) have always been a reflection and commentary of the times, and SEA FEVER is no different, however, the monster in question is a metaphor for the ecological debate. Humans trespassing on mother nature rarely ends well, and various ethics are at play here which are eerily similar to the current situation with COVID-19.

The cast are phenomenal and compelling with special props to Hermione Corfield's solid performance as a hero whose power is knowledge and science.

One major complaint is the hard to understand dialogue when the actor's dish out the thick Irish accents.

Since people around the world have nothing but time to spare, SEA FEVER is a good choice with solid action and suspense. SEA FEVER also reminds us of the current struggle - do we sacrifice for the greater good or make selfish decisions?

SEA FEVER is on demand April 10.