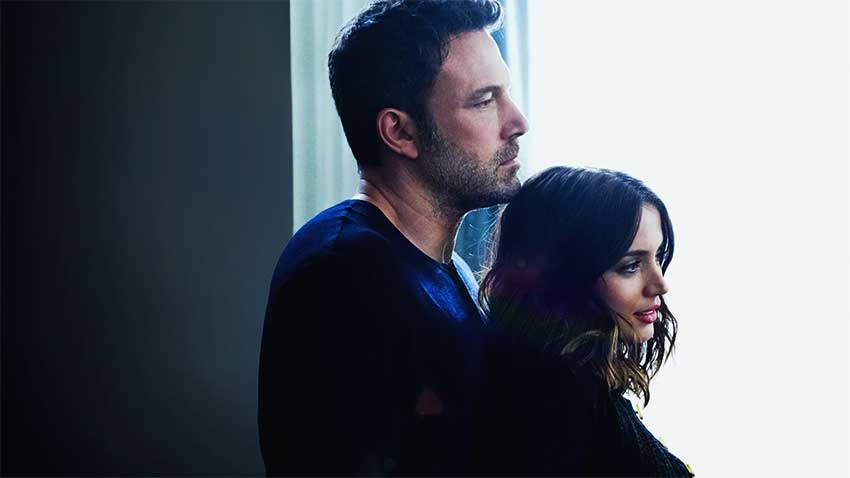 DEEP WATER was intended as a theatrical release but due to the delays from the pandemic and perhaps the quality of the film - it was offloaded onto HULU for a streaming premiere.

The HULU release is a deeply flawed movie. The characters are underdeveloped, the plot stalls and the climax never comes. The story is based on the 1957 book by mystery writer Patricia Highsmith.

Affleck and de Armas play Vic and Melinda who are in a highly dysfunctional marriage. She takes on lovers in his presence while he watches her flirtations out in public and in their home.

Vic jokes with one of her boyfriends that he killed the last one. After Melinda takes on another prospect once the previous lover is scared off, viewers soon find out Vic wasn't kidding.

The actions are repeated throughout much of the movie without any progression.  She cheats, he fumes, and acts out. No insight or character backstory is provided to this open marriage setup. One interaction between Vic and Melinda suggests that Vic once called her "boring" in the past which caused her to act out. This explanation is unsatisfactory as to why he accepts her numerous affairs and the depravity of both their actions.

Ben Affleck is wasted in this role. He simply stands around watching his wife's open flirtations with her lovers around town and in front of their child. Affleck doesn't convey whether Vic gets off on it or it truly bothers him. Vic's actions answer the question but the acting doesn't assure you of that.

Ana de Armas is effective as the loose cannon but not knowing her motivations behind her actions makes her unlikeable and the villain of this story even though Vic is an actual killer. Neither character is humanized so we have zero empathy for them.

At the conclusion of the HULU movie, the viewer feels cheated out of two hours of their time. DEEP WATER ends with no particular outcome. The depravity of the couple continues with no explanation to why Vic will continue to tolerate his wife's open infidelities.

Patricia Highsmith's novel wraps up the couple's journey but screenwriters Zach Helm and Sam Levinson decided an ambiguous ending would satisfy most viewers. Unfortunately the opposite happened.