Movie Review: 'The Conjuring: The Devil Made Me Do It' 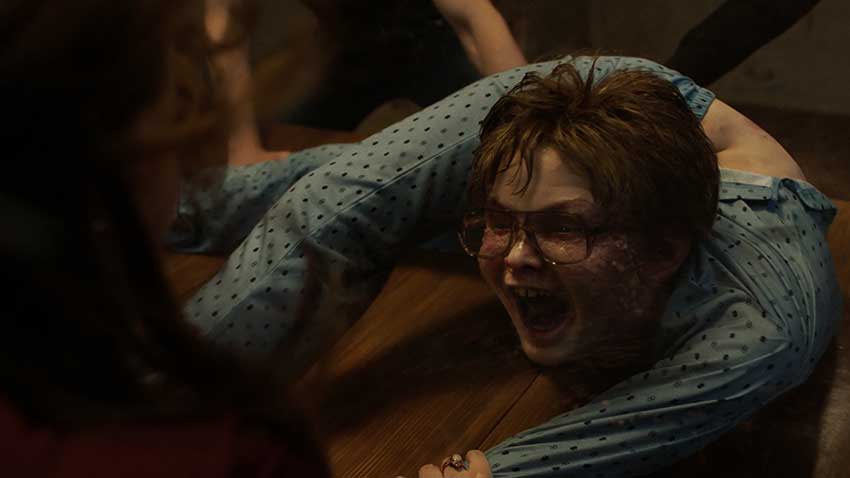 The latest film in THE CONJURING universe brings something new to the horror franchise - a murder mystery, and a reminder that Ed and Lorraine Warren (Vera Farmiga, Patrick Wilson) are the heart of these movies. THE CONJURING: THE DEVIL MADE ME DO IT delivers more than just a haunted house horror flick the third time around.

THE CONJURING: THE DEVIL MADE ME DO IT gets the blood pumping right away with an exorcism by the Warrens of a young boy who is contorting and speaking in a demonic voice. Soon after there is a murder linked to a demonic possession, and the Warrens must get to the bottom of a satanic practice.

'The Conjuring: The Devil Made Me Do It' Filmmakers Reveal How Much They Dramatized Real Case of Demonic Possession

In THE DEVIL MADE ME DO IT, demonologists Ed and Lorraine Warren must put on their detective hats for an investigation into the claim that Arne (played by Ruairi O’Connor), a nice local boy, wasn’t in control of his body when he murdered another man.

As with most of the CONJURING movies, this story is based on one of their cases that took place in 1981 when a murder suspect claimed he wasn’t quite himself when he committed the murder. If you stay for the credits, you’ll hear the actual recording of one of the possessions portrayed in the movie. That will give you chills down your spine.

What’s different in the third outing with the Warrens is the setting. While the previous cases centered on an evil entity in the home, THE CONJURING 3 events take place outside a home, involving some kind of witch craft or satanic practices. The Warrens follow the evidence to other places.

The movie becomes a whodunit / mystery as the Warrens track the culprit before he or she can do more harm to Arne as he sits in jail.

THE CONJURING’s Vera Farmiga Haunted Before and After Movie, Shows Us Proof

Lorraine ventures into some detective work helping out the local police solve the disappearance of a local woman using her psychic skills. The previous films only teased her abilities, but here we see them in full practice for the third sequel. I wouldn’t be surprised if there was another movie in this franchise focusing on the Warrens' involvement in unsolved murders or disappearances. 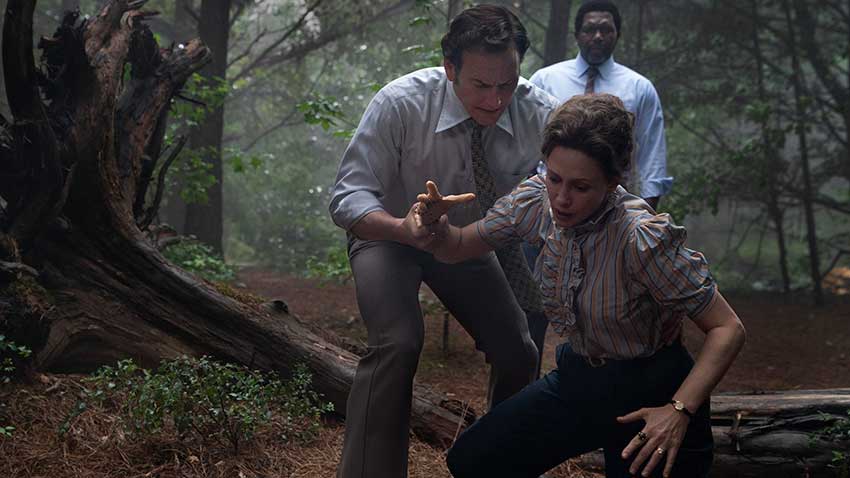 At the heart of the story is the love between Lorraine and Ed, and the film takes time to revisit their love affair and their devotion to each other as life-long partners in their faith. That makes this franchise stand out from others in that the audience has a deep connection with the leads.

Vera Farmiga and Patrick Wilson make a formidable pair as the Warrens once again. They convincingly portray the loving couple every time, which serves as the thread that keeps audiences invested in their new scary adventures.

Ruairi O’Connor who plays Arne embodies a man possessed who deteriorates in front of our eyes. The make-up department did a phenomenal job on O’Connor, but what he did with his body to show that deterioration was impressive.

Director Michael Chaves has more to work with than he did with THE CURSE OF LA LLORONA which relied on cheap scares. In THE DEVIL MADE ME DO IT, you don’t see the chilling moments coming. The multiple possessions are perhaps the most scariest and intense scenes in the movie. Often times in these movies, you’re stuck in a haunted house or building, but changing the venues for the scares here certainly helped break up the monotony for this genre.

Also changing up the culprit behind the possessions is refreshing. Here the evil is a human using satanic rituals to do their bidding rather than an entity. Humans are far more scarier than the supernatural.

The first CONJURING directed by James Wan is by far the best movie, but THE CONJURING: THE DEVIL MADE ME DO IT is close behind.