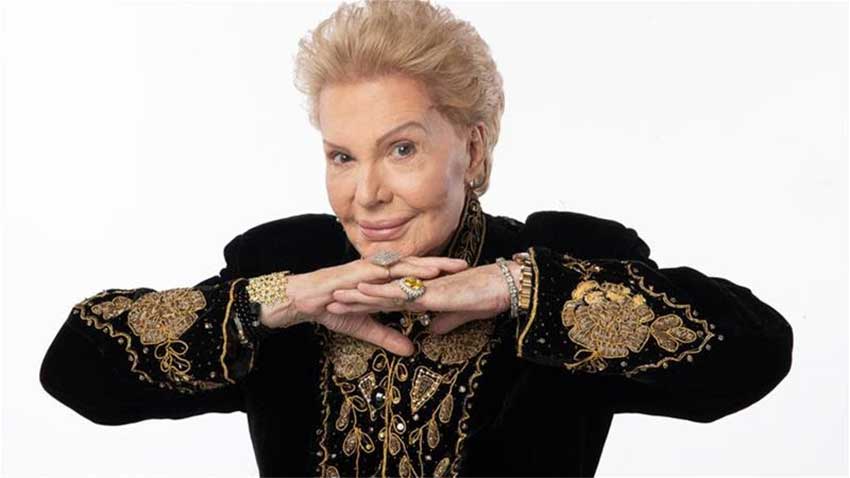 Walter Mercado was a staple in every Latino household with his televised astrological forecast. Many of us thought his Liberace-style on screen persona was just that but Netflix's original documentary, MUCHO MUCHO AMOR shows the beloved television personality is exactly what we see on screen.

Walter Mercado died last November, after completing MUCHO MUCHO AMOR. The documentary follows the Puerto Rican astrologer in his final years of life. We get first hand accounts of his roots, influences and his spiritual side which informed his astrological forecast. The title, MUCHO MUCHO AMOR, refers to his signature sign off.

Mercado's origins as an actor is an interesting story as well as his rise to fame. As he recounts his life, Mercado comes off as a gentle soul who believes his mission in life was to bring happiness to his audience which explains why he kept his readings positive. That's how he approached life as well.

The uber flamboyant personality was kind-hearted and trusting. From mesmerizing 120 million Latinx viewers daily, Mercado disappeared from the airwaves. His manager who converted him into a star took advantage of his sweet nature and ended up owning his name and trademark. Mercado could no longer use his own name in public spaces which seems unbelievable but true. Mercado admits that broke him, and he struggled for years in court trying to get his rights back, but it hurt him financially.

Award-winning documentarians Cristina Costantini (SCIENCE FAIR) and Kareem Tabsch (THE LAST RESORT) direct MUCHO MUCHO AMOR, produced by Alex Fumero (I THINK YOU SHOULD LEAVE WITH TIM ROBINSON). They capture Mercado in the best light, literally, and they pay respect to him, and not judge him for his eccentricities.

His sexuality is addressed, but Mercado keeps mum about his preferences. It's totally understandable especially in the Latino culture where LGBTQ issues is still taboo. As the saynig goes, "don't ask, don't tell." Mercado has largely lived his life scandal free, and that's on purpose. He was no dummy when it came to perception, and how it could hurt him as a beloved figure.

MUCHO MUCHO AMOR will make you fall more in love with Walter Mercado. He reminds you of your sweet Tia (aunt), looking glamorous and put together. What you saw on your television screen is what you get off screen, every bit the showman.