'No Time To Die' Review: A Worthy Send-Off For Daniel Craig’s James Bond 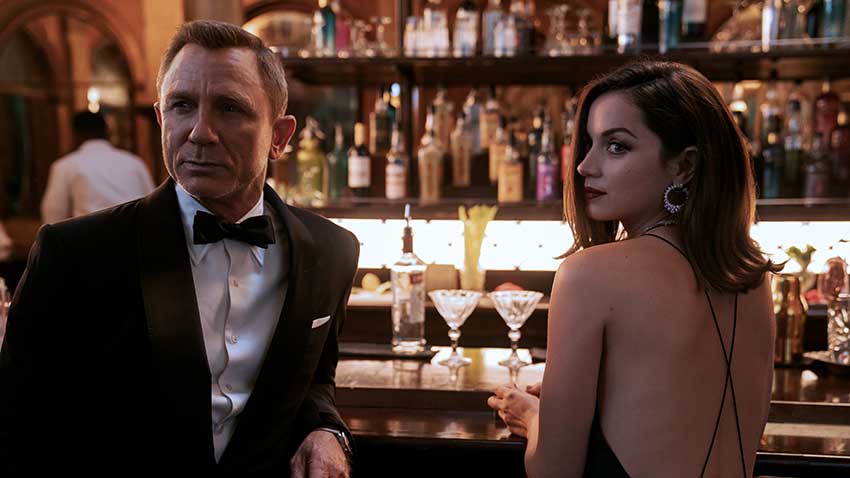 Daniel Craig brought depth to the James Bond character and in NO TIME TO DIE Craig brings heart to 007 in a satisfying and bittersweet way.

In NO TIME TO DIE, Bond has retired and living a chill life in Jamaica until his old CIA friend Felix Leiter (Jeffrey Wright) asks for his help in rescuing a kidnapped scientist.

Giveaway: Win a 'No Time To Die' Ticket Prize Pack

The opening sequence is one of the most impressive action pieces in a James Bond movie. The action is set against ancient Italian architecture contrasted with high-tech killing gadgets when the villains come for Bond.

At two hours and forty-five minutes, NO TIME TO DIE is the longest Bond movie ever. Personally, the running time was not an issue. The story moved at a good pace, and interest in the outcome never waned.

Malek’s Safrin is a formidable Bond foe. His low-key villainy harks back to the Sean Connery movies. Safrin has his own island with trap doors and his own army. The most recent antagonists were larger-than-life personalities, but Malek’s soft-spoken Safrin plays it more like a victim instead of an evil genius.

Director Cary Joji Fukunaga brings new life to the 007 franchise. It has an old-school Bond feel with some jaw-dropping action scenes specifically in the opening sequence.

Léa Seydoux fares better in her second outing as a Bond girl. Her cold exterior has softened quite a bit. Her cold demeanor in SPECTRE left little to be desired. The actress is allowed more range in NO TIME TO DIE. Although there are holes in Bond’s distrust in her- you feel the bond between them more deeply here.

Ana de Armas makes a short but memorable stint as an agent helping Bond in Cuba. She leaves her mark with some killer moves and action sequences that prove she’s got the chops to be an action star. 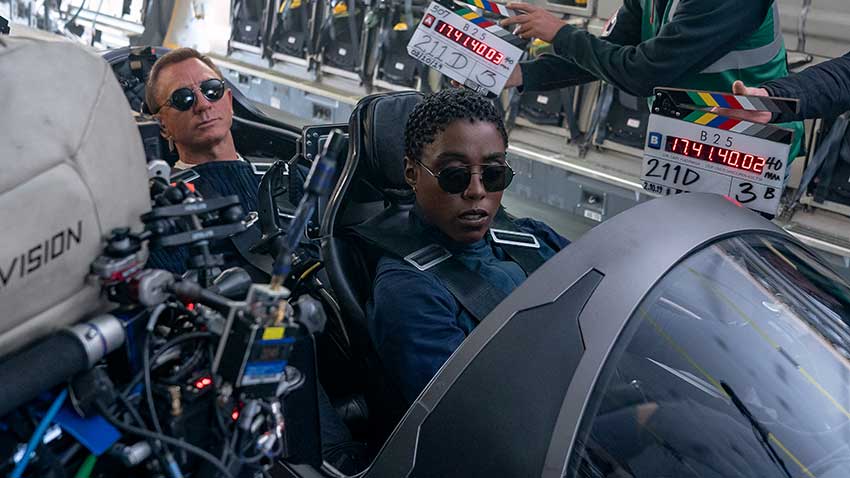 Lashana Lynch plays the new 007, and she’s worthy of the number. The MIA agent initially feels threatened when Bond returns to the agency. She’s a bit cocky but it suits the character, and it sends the message that women can play the same game. It’ll be interesting to see how they incorporate her into the next phase of the James Bond films.

The overall theme in NO TIME TO DIE revolves around secrets. The script by Neal Purvis, Robert Wade, Cary Joji Fukunaga and Phoebe Waller-Bridge does a good job at not losing sight of that. Craig requested Waller-Bridge polish up the script, and it pays off. The women are treated equally here and there are some tender moments that scream Waller-Bridge. There’s a few plot twists that don’t make much sense but you can overlook them because the characters are so compelling.

After 15 years as James Bond, Daniel Craig is hanging up his Aston Martin keys and tuxedo. Craig brought a three-dimensional Bond to life whose life revolved around his duty to country rather than sipping martinis and seducing women.

NO TIME TO DIE has the most heart of all the Bond movies. We’ve never had to say goodbye to a Bond character within a movie so this one hits close to the heart.