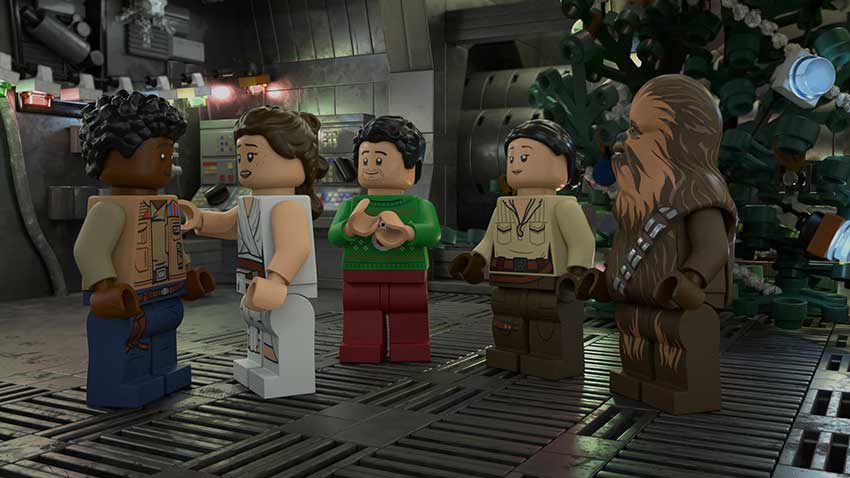 All of our favorite characters from the STAR WARS universe unite in “The LEGO Star Wars Holiday Special” airing on Disney+ starting Tuesday, November 17. The first few minutes are a bore, but once Rey starts her journey to revisit past Jedi master and apprentice relationships, the holiday special becomes a blast. It's definitely better than the 1978 special for those who remember that cheesy tv event. Watch video review.

Rey, Finn, Poe, Chewie, Rose, BB-8, C3-PO and other beloved STAR WARS characters come together in LEGO form for Life Day, and Rey sets off to find meaning as her role of Jedi master to Finn in a ghosts of Christmas past-style storyline. However, her time travel causes a few disturbances in the force. Yoda narrates the 46-minute special.

“The LEGO Star Wars Holiday Special” takes place following the events of STAR WARS: THE RISE OF SKYWALKER. The Millennium Falcon crew are preparing to celebrate Life Day, a Wookie holiday established in the 1978 "Star Wars Holiday Special." Meanwhile, Rey is teaching Finn the ways of the Force but to no avail. Like young Luke, Finn is impatient and whiny. Rey wonders whether she's worthy of teaching a Padawan.

Rey sets off with BB-8 to discover more about the Jedi teachings. She finds a Jedi temple and a mysterious device that allows her to time travel back to beloved master and apprentice moments in the STAR WARS cinematic history. We revisit young Luke Skywalker, Darth Vader, Anakin Skywalker, Obi-Wan Kenobi young and old, a shirt-less Kylo Ren. At one point, Rey is in a lightsaber duel with Darth Vader.

Back at the Falcon, the crew continue their holiday preparations with Chewie's family coming to the party along with some recognizable faces like Lando Calrissian, and creatures from A NEW HOPE and new friends from the last trilogy.

Like with most time traveling stories, the timeline is screwed up or in this case there is a disturbance in the Force that will change the outcome if Rey doesn't win the battle.

The funniest character in the Disney+ original is the Emperor. He steals the show with some great one-liners. There's a nice surprise when three generations of villains come together. 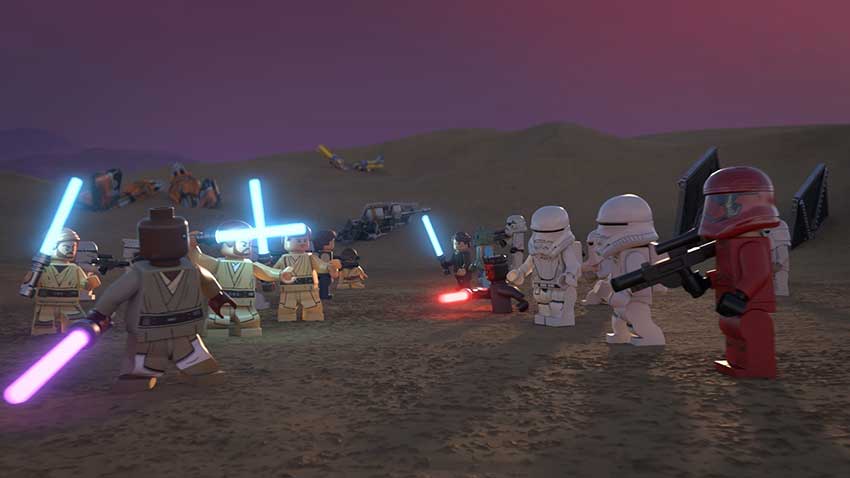 Like most LEGO movies, there's irreverence and the animation special takes digs at the STAR WARS movies all in good spirits. The Child aka Baby Yoda and The Mandalorian make their way into the special.

Unfortunately the LEGO special doesn't do Finn or Poe Dameron any favors with the LEGO versions being nothing like the live action personalities or voices. Poe is a silly nitwit and Finn is a bratty version. Luckily their scenes are kept at a minimum.

One character that is sorely missed is Princess Leia although technically she doesn't classify as an apprentice or Jedi master. However, there is a brief appearance at the end.

Overall, it's a fun and short distraction once you get past the 7 minute mark. For fans of 70s animated holiday specials, there's a nice treat at the very end.