'The Killing of Kenneth Chamberlain' Movie Review: The Most Intense Film of 2021 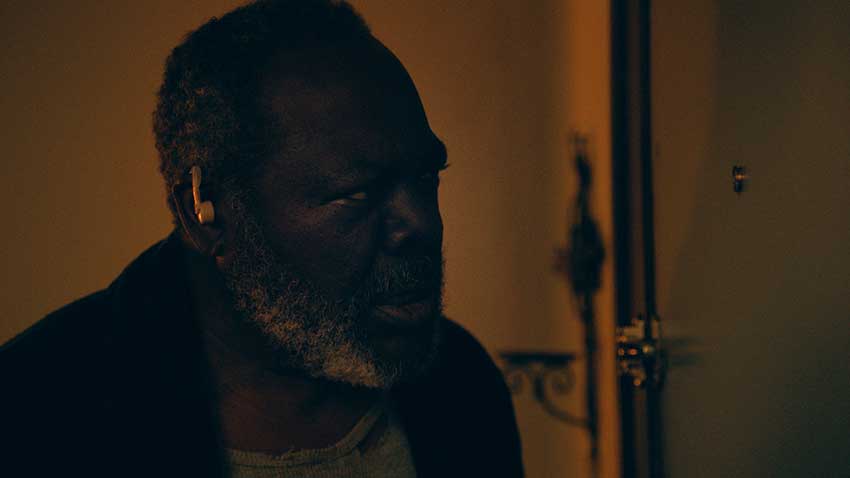 THE KILLING OF KENNETH CHAMBERLAIN is intense from start to finish. The movie is a recreation of the killing of an elderly man by police in 2011 when officers broke through his front door after he accidentally set off his medical alert. Frankie Faison turns in one of the best performances of 2021 in a movie that will evoke strong emotions.

Morgan Freeman lends his name as an executive producer to THE KILLING OF KENNETH CHAMBERLAIN. Written and directed by David Midell, the running time of 90 minutes is the same amount of time of the actual events. Police arrived at his door at 5:30 am, and by 7:00 am, Kenneth Chamberlain was dead at the hands of the cops.

In 2011, Kenneth Chamberlain, an ex-Marine and corrections officer, was sleeping in his bed when White Plains, NY officers started banging on his door for a welfare check. The man who suffered from bipolar issues and a heart condition set off his LifeAid alert accidentally. Mr. Chamberlain refused to open the door and assured them he was fine and didn’t need any help. A LifeAid representative was on the medical call box with Mr. Chamberlain for a large portion of the time and recorded the interaction. 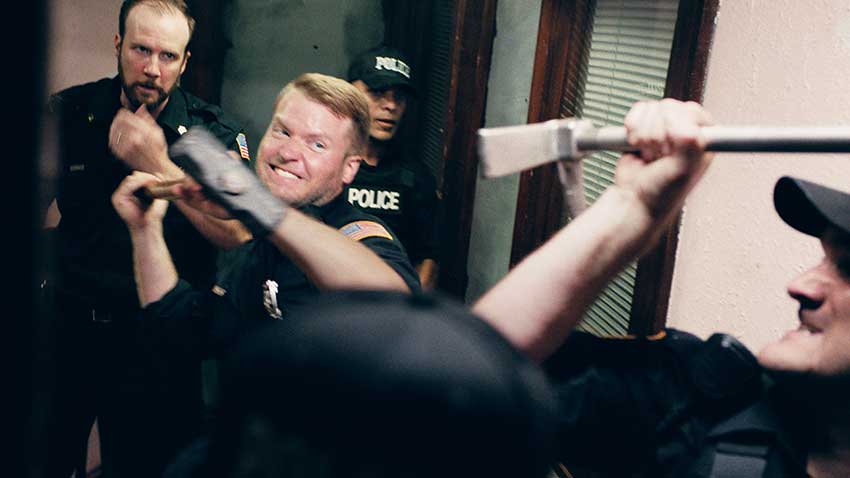 In the film, the officers assume because Mr. Chamberlain is a black man living in the projects that he was up to no good and hiding something. Instead of de-escalating the situation after dispatch alerted them of his mental condition, they were determined to get through using force.

Mr. Chamberlain didn’t trust the police and repeatedly told the LifeAlert representative the police were there to kill him. Obviously, the elderly man’s mental state deteriorated with the stress of the situation.

The intensity of the standoff doesn’t let up the entire 90 minutes with Frankie Faison bringing a vulnerability as an agitated man losing grip with reality. You feel for him at every second while resenting the officers for not backing down, driven only by their prejudices.

THE KILLING OF KENNETH CHAMBERLAIN doesn’t paint all the officers as racists. Officer Rossi played by one of the producers from the film and editor - Enrico Natale - is a fair cop who attempts to de-escalate the conflict but his low rank gets him dismissed.

THE KILLING OF KENNETH CHAMBERLAIN will get viewers’ blood boiling as proof of yet another example of the systematic racism killing so many black men. The real officers were never charged with any crime because it was deemed by the book. The problem is not just corrupt cops but the system that upholds their bad decisions.

This is one you don’t want to miss. THE KILLING OF KENNETH CHAMBERLAIN is now streaming on HBO Max and available on VOD.