'The One and Only Ivan' Movie Review: Get The Tissue Box 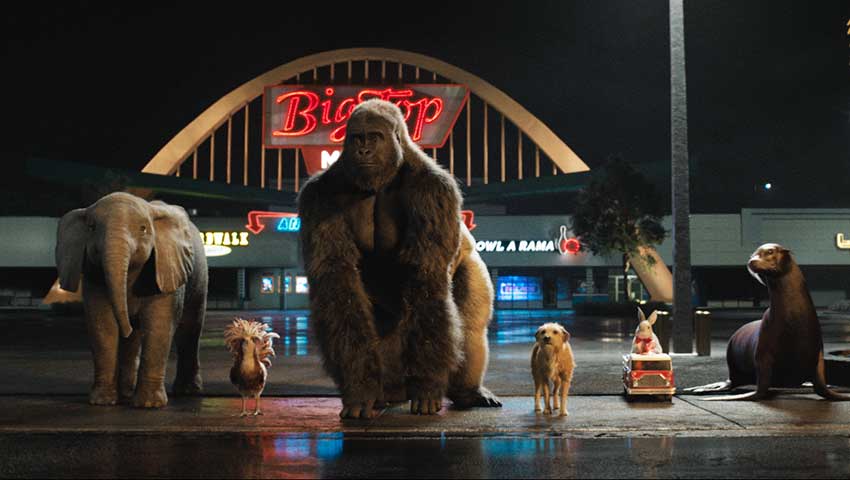 Disney+'s THE ONE AND ONLY IVAN is the perfect family movie to watch and discuss in your living room when it premieres Friday, August 14. Adapted from Katherine Applegate's book, the screenplay by Mike White isn't subtle about the subject matter, but sometimes we need a kick in the head when it comes to animal captivity.

A hybrid of live-action and CGI, Disney's THE ONE AND ONLY IVAN is based on the real events of Ivan the gorilla. Applegate fictionalized the story in her popular children's book about a 400-pound silverback gorilla living in a suburban shopping mall and the main attraction for Big Top circus run by ring master Bryan Cranston. Cranston's Mack adopted Ivan (voiced by Sam Rockwell) as a rescue and lovingly raised him.

Interview: Angelina Jolie & Brooklyn Prince Wear Elephant Onesies For Disney's 'The One and Only Ivan'

THE ONE AND ONLY IVAN isn't a judgmental film. It straddles the subject matter lightly from two perspectives. Cranston's Mack is a loving ring master whose love of animals especially Ivan is genuine. He merely wants to share his love of animals with families because that's all he's got. However, business is dwindling, and Mack needs the next big thing to keep Big Top afloat.

When a baby elephant named Ruby (voiced by Prince) arrives, Stella (Jolie), an aging elephant, takes the scared baby under her trunk. Ivan eventually warms up to her after his initial jealousy as she recounts her time in the jungles. When she starts inquiring into Ivan's past, he begins to remember life before coming to live with Mack. He begins drawing and painting, a skill he learned by watching the groundskeeper's daughter (Greenblatt). 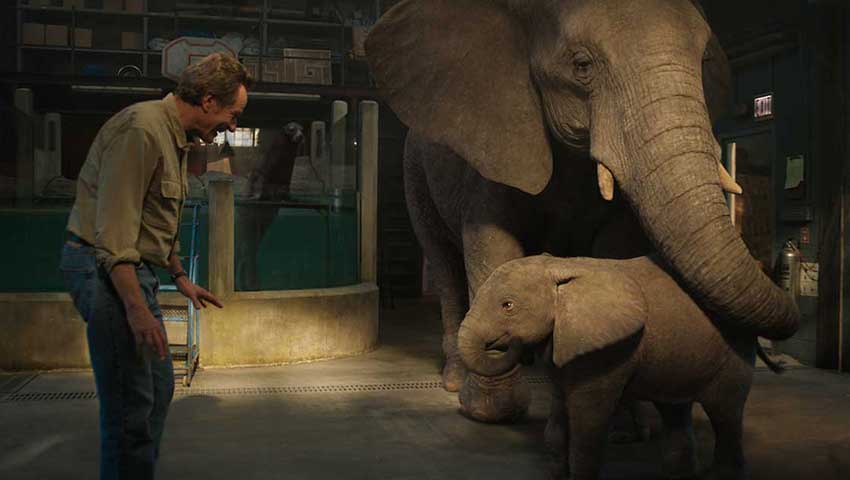 We can certainly relate with Mack's desire to keep his animal son close to him, but we're also torn that Ivan shouldn't be locked away behind bars and cement. The film presents both sides. It represents our feelings as well. We've all enjoyed circus' growing up and seeing these majestic animals perform tricks, but should our desires outweigh the needs of these wild creatures? Probably not.

Brooklyn Prince steals the show as the sweet little elephant, Ruby who bonds with Ivan. Angelina Jolie's Stella also leaves a mark as an old soul and maternal figure for Ruby and Ivan. Sam Rockwell does a fantastic job as Ivan along with Danny DeVito as Bob the dog who serves as the comedic relief.

Directed by Thea Sharrock (ME BEFORE YOU, THE HOLLOW CROWN), the film is a colorful and visually-stunning film with top notch special effects for the talking animals. Ivan was motion captured with Sam Rockwell in special pajamas, while the other creatures are CGI. You can't tell the difference because the effects are flawless. Perhaps you see less of the imperfections on a small screen than if we were watching it on the big screen.

It's a heavy subject, and the tone often switches between cute and cuddly to gloomy given the topic.  However, it's a lesson future adults should learn so they don't make the mistakes past generations have made about animal captivity. THE ONE AND ONLY IVAN will have you laughing, crying and cheering during the movie, so bring some tissues.

To add to the aw moments, the credits include images of the real Ivan with his art masterpieces. That's really when the film hits home, and again you're wiping tears from your face.