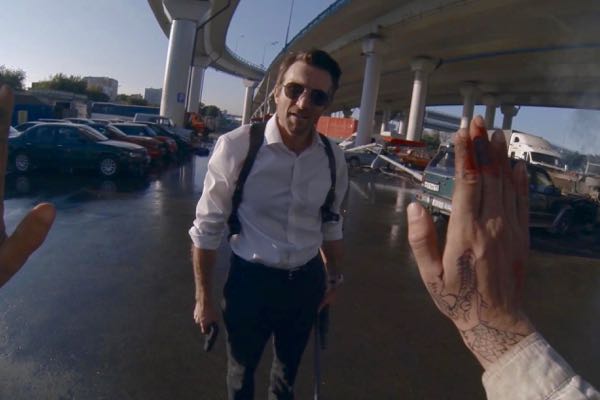 Imagine never seeing or hearing from your hero throughout the movie, but you’re seeing everything through his eyes - that’s HARDCORE HENRY, a unique movie-going experience that will leave you feeling like you just got off a rollercoaster. Sharlto Copley is the real star and quite the scene stealer in HARDCORE HENRY.

Shot as a first-person action film from the eyes of Henry, Henry has been resurrected from death with no memory except for what his wife/scientist Estelle (Haley Bennett) tells him. We assume he’s a cyborg with special fighting skills, and someone wants his skills. When warlords kidnap Henry’s wife and attempt to kill him again, Henry leaps into action to save her along with a mysterious British fellow who keeps disappearing and reappearing.  HARDCORE HENRY is non-stop action, but from a different perspective we’re unaccustomed to in movies. However, gamers will most likely get a kick from the first-person action. Those not into video games will most likely not enjoy the high adrenaline rush pacing, but having Sharlto Copley’s character constantly in your face makes it bearable. 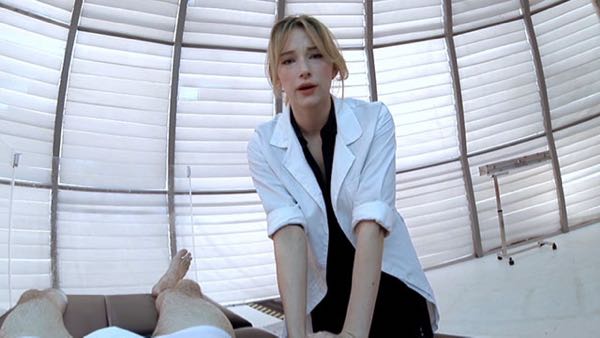 Expertly done, the camera captures Henry’s emotions through the camera movements so the viewer isn’t clueless about his feelings. That’s what makes HARDCORE HENRY so unique in that the hero doesn’t speak nor do we have any clue to who he is except what we learn along the way with Henry. That’s the fun aspect of the movie produced by Russian director/producer Timur Bekmambetov (Wanted, Night Watch) who knows a thing or two about cool action sequences. The Jason Bourne-type character is more child-like, learning through his adventures.

Not so unique about HARDCORE HENRY are the cookie-cutter and clichéd villains who don’t contribute much except to behave badly.  Sharlto Copley (Maleficent, District 9) is a hoot as Jimmy and the highlight in this ultraviolet film. He comes at us in very many different forms, but revealing how will take the joy out of watching the movie. Copley’s performance reminds us of his talents since we first discovered him in District 9.

HARDCORE HENRY is not for everyone, but if you’re looking for a raucous good time - this movie is wild enough for the job.