’In the Heart of the Sea’: 10 Things to Know about the Adventure Flick 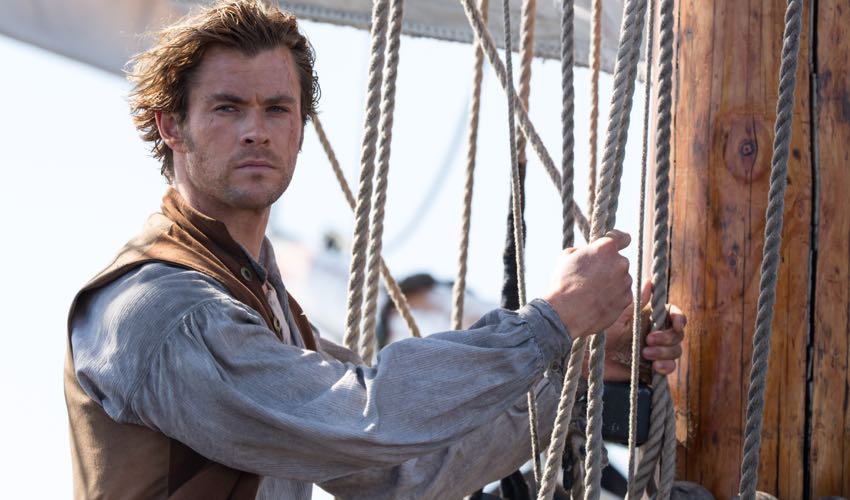 Ron Howard’s latest film, is a gripping action/adventure tale that blends a true to life narrative with visual spectacle. IN THE HEART OF THE SEA tells the remarkable a story of survival that inspired the classic Moby Dick.

Here are ten things to know about the film.

1. Making the film, Ron Howard fulfilled his ambition to execute a story set at sea. Over his four decade long career, he’s had a few films set in or around water but never entirely. “I had long had an interest in doing a movie set in the ocean,” the filmmaker said at a recent Q&A for the film. “Yes, there were sequences of Splash and Cocoon on and under the water. I was comfortable enough, but I don’t love the ocean. It’s not a place I go for recreation, but I also think there’s something about the mystery and power of it that has always drawn me to it, the potential drama of it.”

2. The film is based on the book (of the same name) by Nathaniel Philbrick, which illustrates the real story that inspired Herman Melville to write Moby Dick. Set in 1820 Nantucket, it recounts the tale of the ill-fated Essex ship, which was destroyed by a massive sperm whale. Like the book, the drama focuses on the surviving crew members, played in the film by Chris Hemsworth, Tom Holland, and Ben Walker, who were stranded at sea for months. 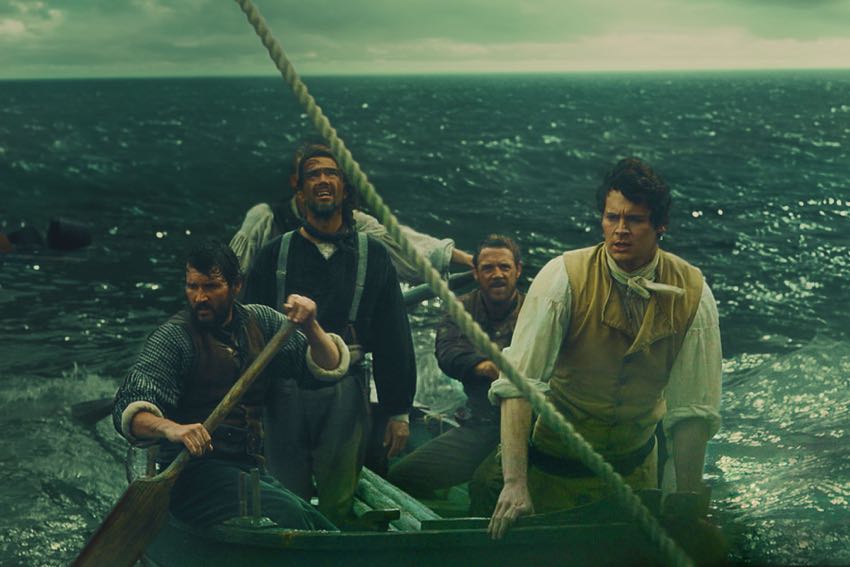 3. Hemsworth, who previously collaborated with Howard on 2013’s Rush, came to the Oscar-winning director with the film - knowing he’d be a good choice to bring the project to the screen.
The actor’s endorsement was on of the reasons Howard signed on. “We had such a good experience on Rush,” Howard has said. “I had so much respect for Chris and the fact that he was really born to play Owen Chase. I liked working with him and knew what he could do with it. I knew it was going to be a tremendous challenge, but I knew with Chris in that all important kinda leadership role not only would we be in good shape in front of the camera, I also knew that behind the camera the challenges could be met.”

4. Marine and mammal specialists were heavily relied on during filming to assure that IN THE HEART OF THE SEA offered an accurate depiction of sea life. 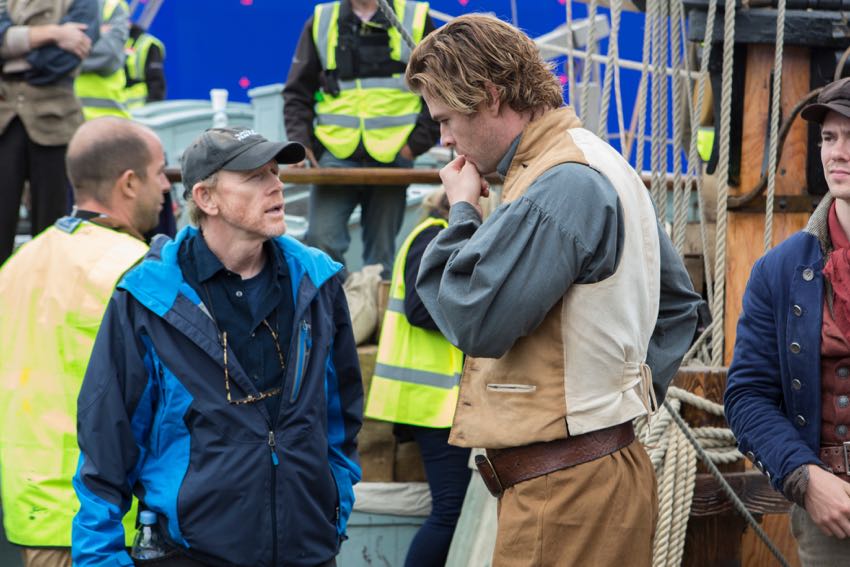 5. Playing Owen Chase required Hemsworth to eat under 600 calories a day while shooting scenes where the real life seaman was starving and dehydrated.

6. The cast attended a sailor school during pre-production in order to understand how to sail a ship. Even while in the background of a scene, the actors carried out the actions of real sailors, who were also on hand as consultants.

7. The film was shot out at sea and in three different water tanks at Leavesden in England. For Hemsworth, the studio scenes were the most challenging.  “We thought the stuff on the ocean was going to be trickier but I think the stuff in the studio turned out to be more challenging,” he has said. “You’re dealing with all the techno things and so on. Whereas with the ocean we just had to adapt to whatever the environment was doing and get on with it.”

8.  The film was shot in sequence to properly showcase the physical transformation of the actors. 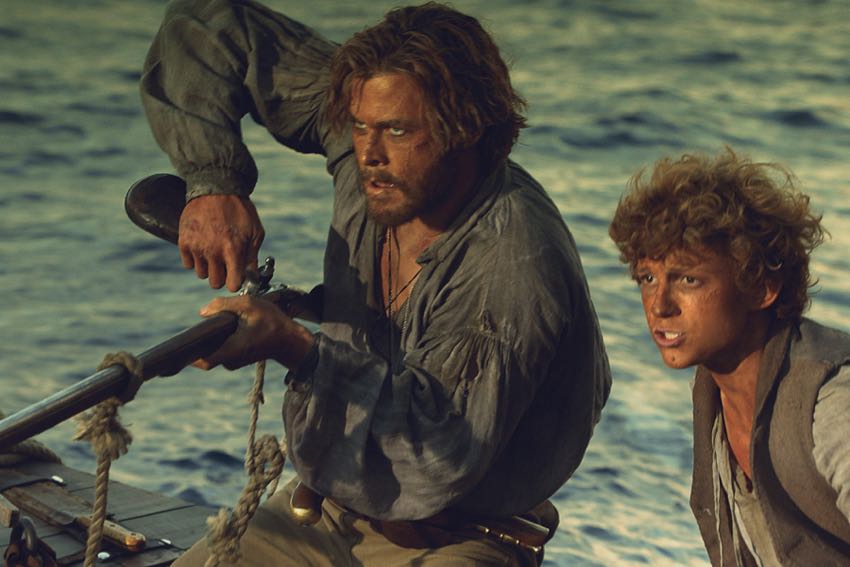 9. Tom Holland’s experience shooting The Impossible (2012), about the 2004 tsunami, involved a great deal of water work that was advantageous while filming IN THE HEART OF THE SEA.

10. The film was initially slated for a March 2015 release but was pushed back after Howard noted the way people were responding to the film as more in tune with a holiday release. 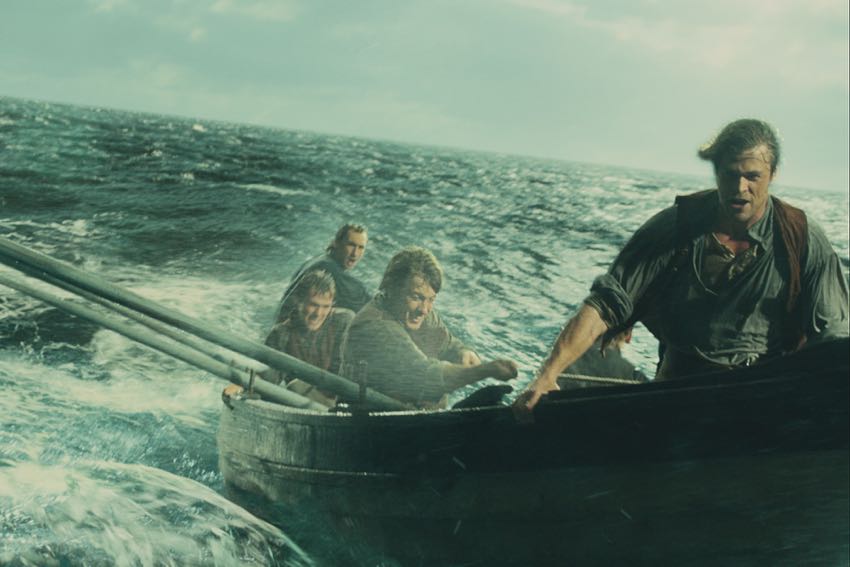