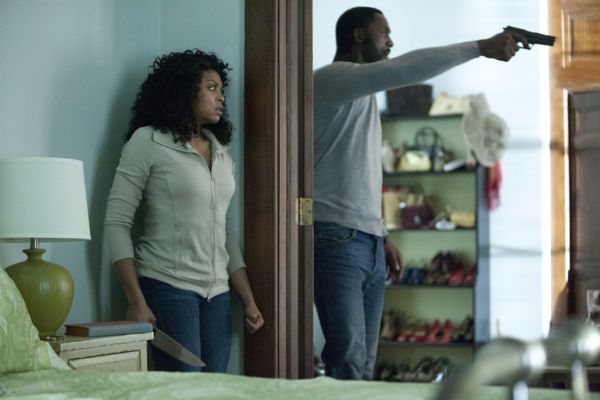 Never let a stranger into your home, even if said stranger looks like Idris Elba.

That's the message put forth in NO GOOD DEED, the latest thriller from director Sam Miller.

Set in Atlanta, the film follows Terri (Taraji P. Henson), a suburban woman who finds herself at the mercy of an escaped convict, (Elba) who has a personal vendetta against her family. The unsettling premise is well-served by Miller's ability to craft a grey and shadowy  portrait - a skill that has been put to good use for his small screen ventures including The Walking Dead and Low Winter Sun.

Unfortunately, that's as far as the strengths of the film go.

Elba, whose star rightly continues to rise, has displayed an impressive versatility throughout his career. As audiences continue to discover his subdued take on a drug kingpin's right hand man Stringer Bell on HBO's The Wire, his more recent turn as a temperamental detective on Luther continues to win him accolades - including three Emmy nominations. Need we forget his haunting portrayal of Nelson Mandela in “Mandela: Long Walk to Freedom?” 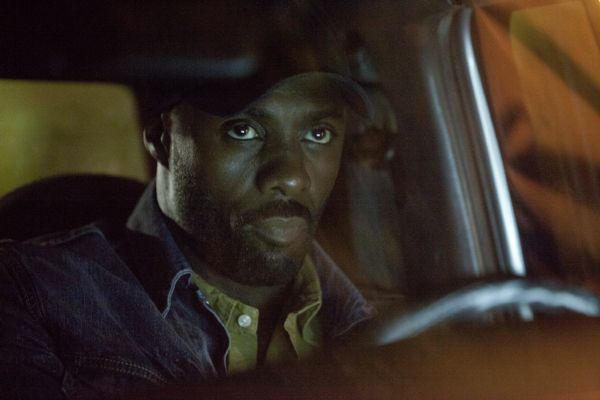 But alas, even an actor of his caliber or Henson's for that matter can't breath life into the paper-thin characters and lifeless dialogue they're given to work with. They certainly try though. As evidenced by the film's opening sequence - in which Colin attends a hearing where he's denied release from prison and subsequently escapes.

Henson effectively conveys the mundane nature of Terri's everyday routine in just a few short scenes before the action gets underway. Starved for attention by her seemingly emotionless husband, her self-esteem has been shaken. A stay-at-home mother of two, she left behind a thriving career in criminal justice - a decision she clearly regrets.

Reprieve comes in the form of her friend Terri (Leslie Bibb), a forthcoming free spirit who doesn't think twice about sharing the details of her active sex life. The two plan to meet for a "girls night" but the evening takes a sinister turn. Expecting Meg, Terri answers the door to find Colin in all his rain-soaked glory.

To prepare for the role, Elba researched the psychosis of criminal behavior. This is evident as Colin cons his way into Terri's home in a manner similar to that of Ted Bundy, who reportedly knocked on women's doors pretending to be vulnerable and in need of help. His looks don't hurt either nor does the fact that Terri is in need of companionship. And so begins the uncomfortable, and at times laughable, sexual tension between the two. 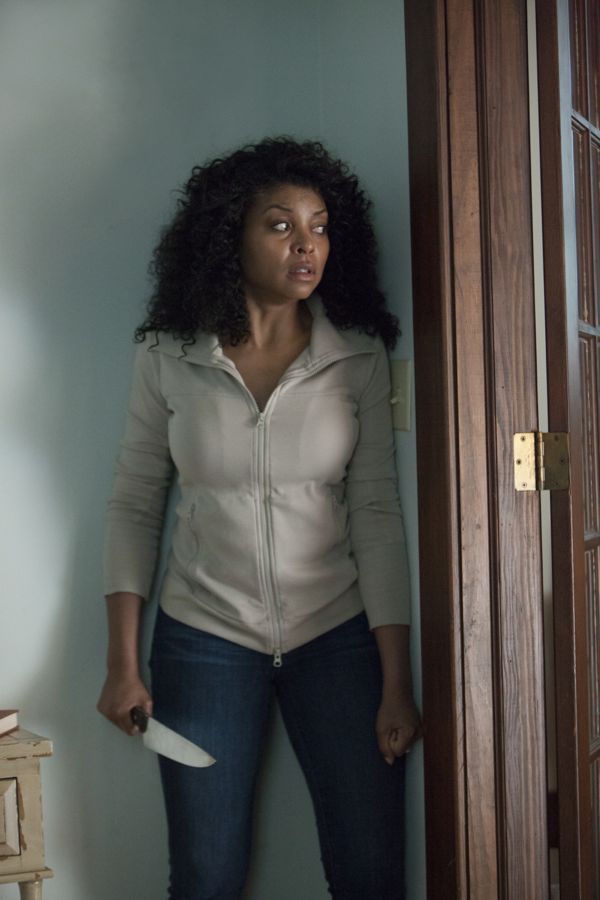 What the film especially gets wrong is letting the palpable heat between the two linger after  she discovers he's a murderer. Instead, even after she learns that he poses a tremendous threat to herself and her children, the audience is forced to sit through an uncomfortable shower scene - in which Colin strips down and cleanses himself of his last victim while holding Terri captive in there with him.

Yet the fact that the depraved moment prompts cheers for Elba's impressive physique (guilty), pushes the film into guilty pleasure territory. One could classify this as NO GOOD DEED's redeeming quality. It's implausible, wildly ridiculous at every turn, and leads to a few head-scratching moments… and yet you can't look away.