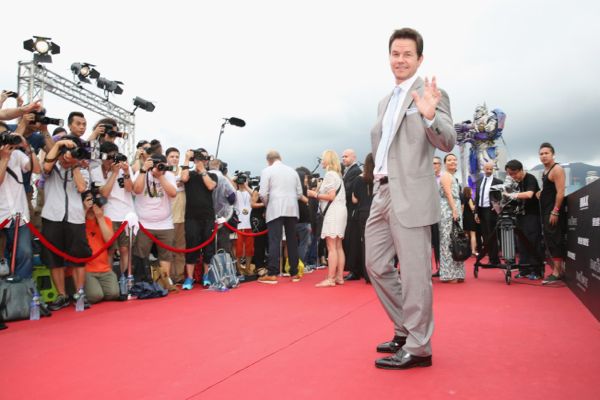 Mark Wahlberg, Michael Bay and the cast of TRANSFORMERS: AGE OF EXTINCTION premiered the movie in Hong Kong Thursday with a live performance by Imagine Dragons and we've got pictures to show you.

The World Premiere was followed by a special live performance by Imagine Dragons, who also contributed the original song "BATTLE CRY" to the film.

TRANSFORMERS: AGE OF EXTINCTION is in domestic theaters on June 27th, 2014.