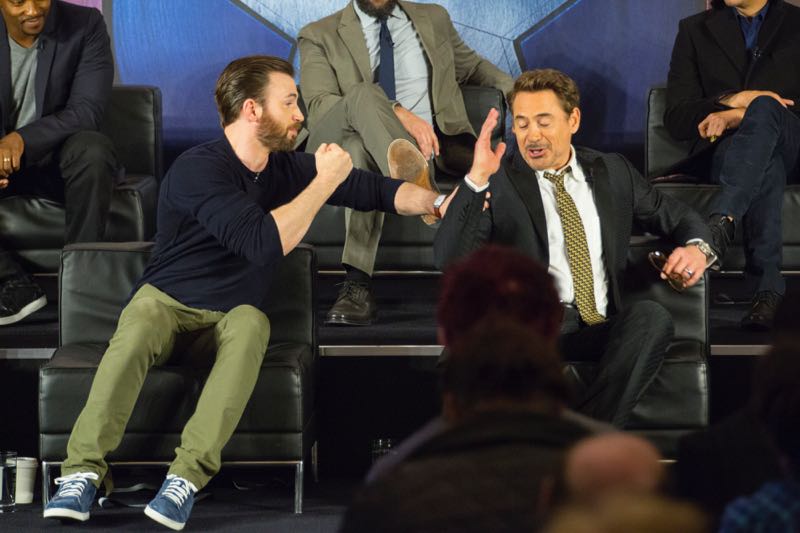 Chris Evans and Robert Downey Jr. kept up the pretense of the warring Avengers during the European press tour for CAPTAIN AMERICA: CIVIL WAR. See the photos of the cast.

Most of the Avengers assembled for the European leg of the CAPTAIN AMERICA: CIVIL WAR publicity tour to promote the latest Marvel movie featuring the Avengers at odds. Besides Downey and Evans, others included Sebastian Stan, Emily VanCamp, Paul Rudd, Anthony Mackie, Jeremy Renner, Paul Bethany, Elizabeth Olsen, Daniel Bruhl and directors Anthony and Joe Russo were in attendance. The groups were divided according to the teams. Take a look at Team Iron Man and Team Captain America in our photo gallery.