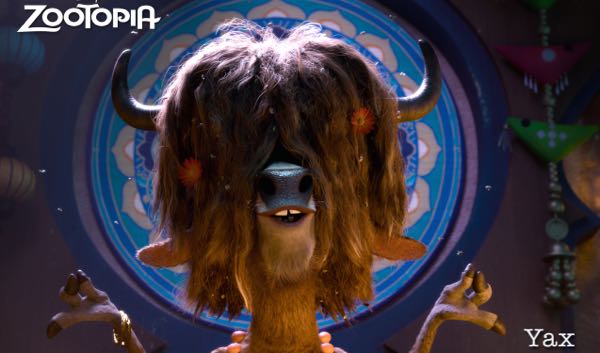 The next big screen adventure from Walt Disney Animation Studios has it’s voice cast. Walt Disney Animation Studios revealed the whole roster of voice talent tapped to help bring a voice, snort and a roar to the animal residents of the modern-day mammal metropolis of “Zootopia,” which opens in theaters March 4, 2016. Idris Elba, J.K. Simon, Jenny Slate and Octavia Spencer are some of the actors joining the previously announced cast of Jason Bateman, Ginnifer Goodwin and Shakira.

CineMovie was at this year’s D23 in Anaheim, CA when Walt Disney Animation Studios unveiled the first footage from ZOOTOPIA and they brought out Ginnifer Goodwin to the stage to talk about her experience working on the movie. We got our first look at the adorable creatures in ZOOTOPIA, and a listen to Shakira’s new single which she composed for the movie in addition to lending her voice.

The modern mammal metropolis of Zootopia is a city like no other. Comprised of habitat neighborhoods like ritzy Sahara Square and frigid Tundratown, it’s a melting pot where animals from every environment live together—a place where no matter what you are, from the biggest elephant to the smallest shrew, you can be anything. But when rookie Officer Judy Hopps (voice of Ginnifer Goodwin) arrives, she discovers that being the first bunny on a police force of big, tough animals isn’t so easy. Determined to prove herself, she jumps at the opportunity to crack a case, even if it means partnering with a fast-talking, scam-artist fox, Nick Wilde (voice of Jason Bateman), to solve the mystery.

Meet some of ZOOTOPIA’s adorable little and big creatures. 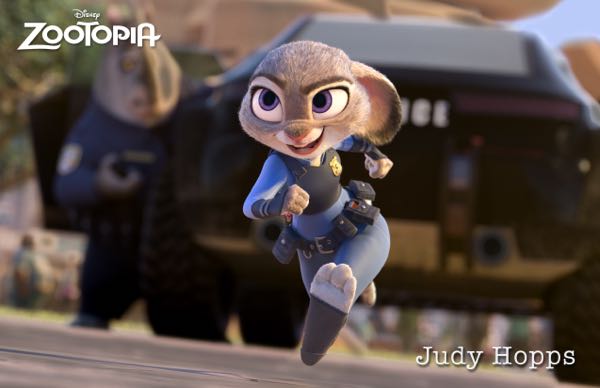 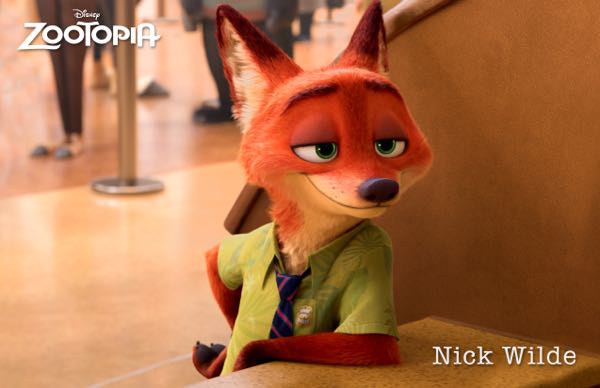 •    Idris Elba (Netflix’s “Beasts of No Nation,” BBC’s “Luther”) provides the voice of CHIEF BOGO, head of the Zootopia Police Department. A tough cape buffalo with 2,000 lbs of attitude, Bogo is reluctant to add Judy Hopps, Zootopia’s first bunny cop, to his squad of hardened rhinos, elephants and hippos.

•    J.K. Simmons (“Juno,” Oscar® winner for “Whiplash”) lends his voice to MAYOR LEODORE LIONHEART, the noble leader of Zootopia, who coined the city’s mantra that Judy Hopps lives by: “In Zootopia, anyone can be anything.” 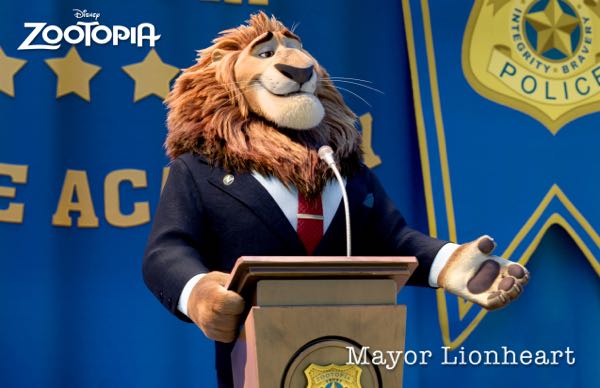 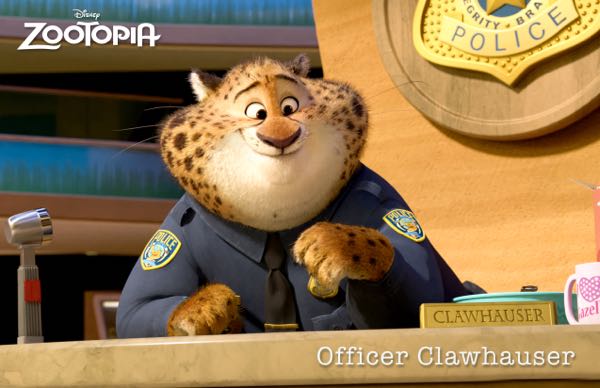 •    Jenny Slate (“Obvious Child,” “Marcel the Shell”) provides the voice of ASSISTANT MAYOR BELLWETHER, a sweet sheep with a little voice and a lot of wool, who constantly finds herself under foot of the larger-than-life Mayor Lionheart. 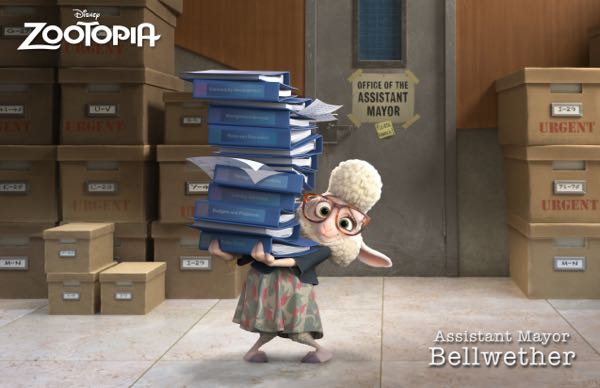 •    Tommy Chong (“Up in Smoke,” “That ’70s Show”) lends his iconic voice to YAX THE YAK, the most enlightened, laid-back bovine in Zootopia. When Judy Hopps is on a case, Yax is full of revealing insights. 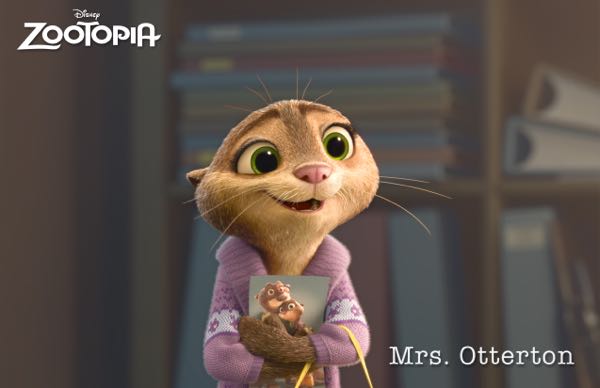 •    Bonnie Hunt (“Return to Me,” “Jerry Maguire”) provides the voice of BONNIE HOPPS, mother of Judy—and her 275 brothers and sisters. Mrs. Hopps loves and supports her daughter, but is a hare nervous about Judy moving to Zootopia to become a big-city police officer.

•    Don Lake (“Dumb and Dumber To,” “The Bonnie Hunt Show”) voices Judy’s father, STU HOPPS, a carrot farmer from Bunnyburrow. Along with Mrs. Hopps, he is worried about Judy moving to Zootopia and the untrustworthy big-city mammals who live there—especially foxes. 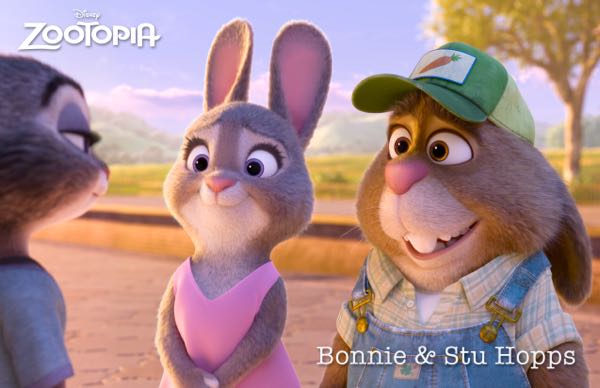 •    Alan Tudyk (“Rogue One: A Star Wars Story,” “Trumbo”) returns to Disney Animation’s recording studio for his fourth feature in a row as the voice of DUKE WEASELTON, a small-time weasel crook with a big-time weasel mouth, who tries to give Judy the slip during a police chase. 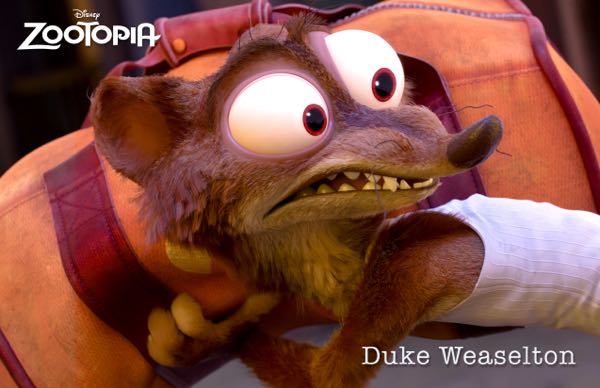 •    Tommy “Tiny” Lister (“Friday,” “The Fifth Element”) voices FINNICK, a fennec fox with a big chip on his adorable shoulder. 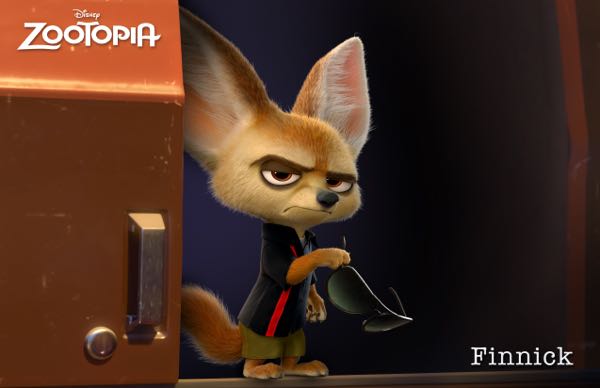 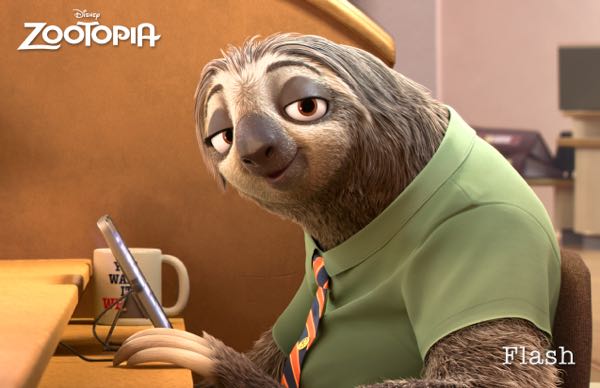 •    Jesse Corti (“Frozen,” “Beauty and the Beast”) is the voice of the jaguar MANCHAS, a highly regarded chauffeur who works for the biggest—and shadiest—limo company in town.