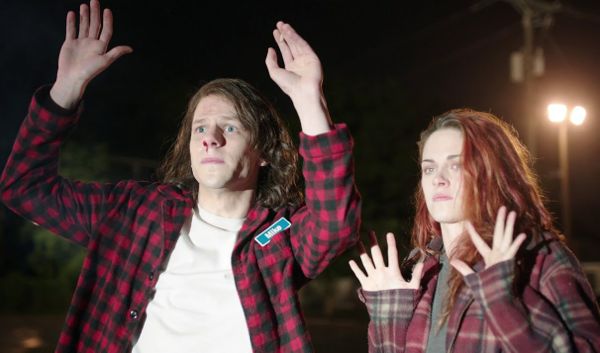 It’s hard to imagine Jesse Eisenberg as an action hero, but he pulls it off as a stoner turned cold-blooded killer in AMERICAN ULTRA. Surprisingly, Kristen Stewart also proves  a formidable action heroine alongside Jessie and "Nashville’s" Connie Britton who equally brings on the whoop ass.

In AMERICAN ULTRA, Mike and Phoebe are stoners living their quiet, ordinary lives in a small town. After a failed romantic getaway, the FBI are alerted of his attempt to leave town. Turns out Mike is a test subject whose memory and killer skills have been wiped out after an unsuccessful government experiment goes awry. Topher Grace is the man in charge at the government agency who has decided to terminate Mike. Connie Britton’s Agent Lasseter goes rogue after uncovering her test subject is in danger. She reactivates Mike, and hilarity and kills ensue. Watch Trailer

The mix of action and comedy works in AMERICAN ULTRA to the actors favor because the premise is silly, and the dialogue plays that up so the audience can go along for the laughs.

Eisenberg plays yet another jittery and neurotic character in AMERICAN ULTRA, and that makes him an unlikely action hero, but it works in this movie because he’s constantly surprising us. Same goes for Stewart. Her expressions often annoy this viewer, but in AMERICAN ULTRA, she toughens up and avoids her usual acting pitfalls to play a character unlike we’ve seen before - capable and tough. 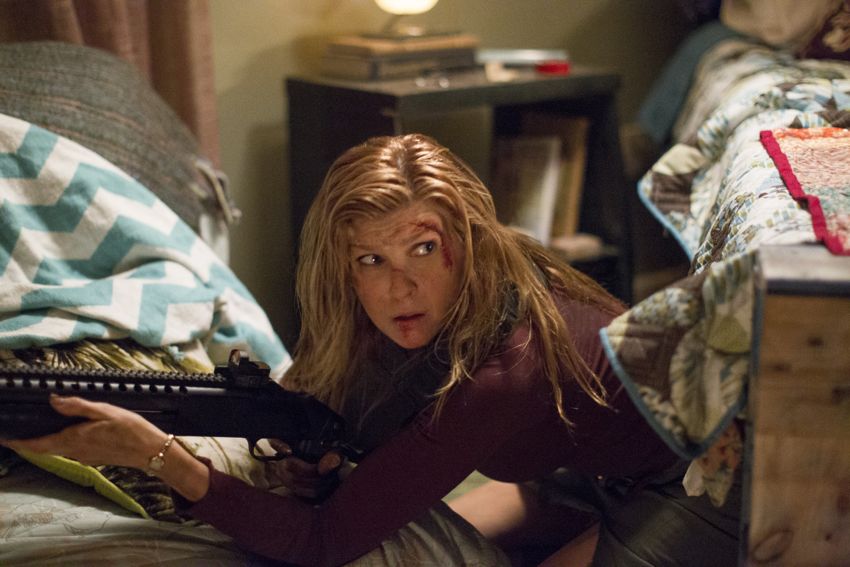 It’s also nice to see two equally strong women roles in one movie. Aside from Stewart's character, Britton’s character is also a tough as nails lady taking on the nemesis played by Topher Grace. Don't let that baby face fool you, Grace always seems to pull off playing the villain although his character is a bit one-note.

In short, AMERICAN ULTRA is a silly, but a fun movie to sit through.