'Guardians of the Galaxy Vol. 2' Movie Review: A Sci-Fi Dramedy 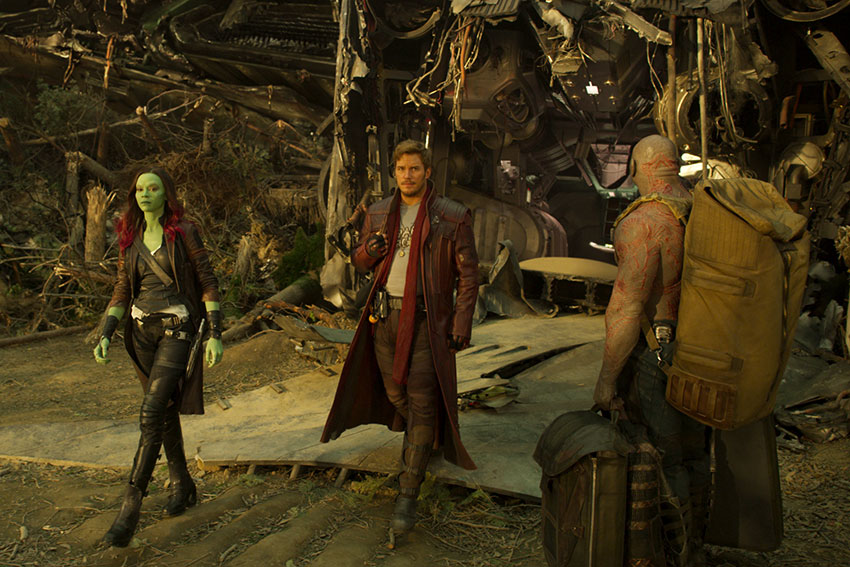 There’s a lot of family drama in GUARDIANS OF THE GALAXY VOL 2 which sometimes can be overly sentimental, but the Marvel follow-up is still a lot of fun to watch along with the lovable ragtag crew of Peter Quill (Chris Pratt), Gamora (Zoe Saldana), Drax (David Bautista), Rocket (voiced by Bradley Cooper) and of course Baby Groot who you can’t get enough of.

GUARDIANS OF THE GALAXY VOL. 2 finally answers the question of who Peter Quill’s father is. That’s the backdrop for the Guardian’s new adventure which finds them visiting a new world and making new enemies who chase them across the galaxy.

The funny banter between the Guardians continues in the sequel as a group bickering more like family members than a crew. Dave Bautista’s Drax steals the show as the funniest of the Guardians stealing some of Rocket’s thunder. However, he’s lost a bit of his edge now that he’s no longer seeking revenge for his family. His PG humor though still keeps him at the top of my favorite Guardians list.

James Gunn certainly milks Baby Groot’s cuteness throughout the movie, but somehow you don’t mind watching that cute bundle of joy running around. 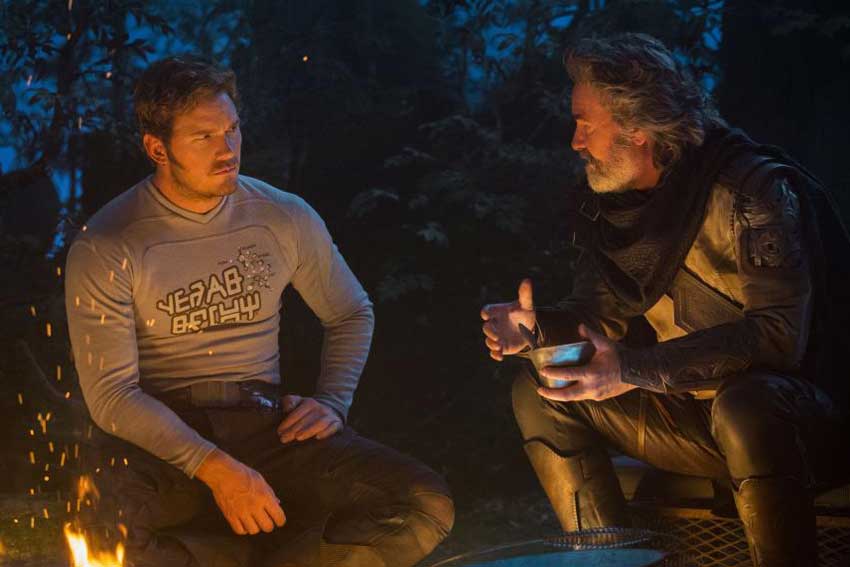 While the comedy and action keep the movie going, the drama sometimes slows down the sequel. Chris Pratt’s Star-Lord gets grounded for a while as he gets to know his father Ego, and his reasons for not searching him out sooner. Zoe Saldana’s Gamora also continues her sibling rivalry with her sis Nebula. As a group, the Guardians also ponder their status within this new family unit as new relationships form. Yondu also has a change of heart as his Ravager family turn on him.

There’s definitely a theme about family in GUARDIANS OF THE GALAXY VOL.2, and while endearing sometimes it does get sappy, and a few characters lose their edge as they become more human than alien. But there is one scene which may cause you to shed some tears.

Interview: James Gunn On Why 'Guardians of the Galaxy Vol. 2' Is His Most Personal Film

While there a few villains in GUARDIANS OF THE GALAXY VOL.2, none are truly terrifying like Roman the Accuser or Thanos from the first film. That is until the very end when the real threat is revealed, and that’s when the action picks up again after a slow middle.

As for the new characters, the stand out is certainly Pom Klememtieff as Mantis who gives Baby Groot a run for his money in the cuteness factor. Kurt Russell as Quill’s supposed father Ego comes in a close second, and brings a coolness factor with that full head of sexy hair. He’s like the rock star of the galaxy. 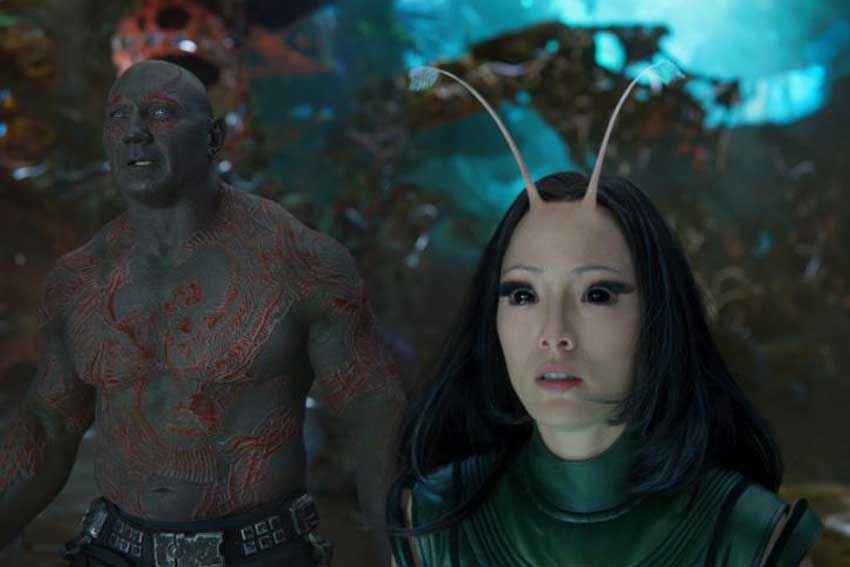 The comedy is amped up in Vol. 2 as is the music, sometimes annoyingly. In the original, the music has meaning for Peter Quill. Here the throwback music is random and doesn’t feel quite personal except for maybe director/writer James Gunn.

Besides the music, there’s a lot of nostalgia thrown in specifically 80s video games which I thoroughly enjoyed. After stealing from the golden people, the Sovereign, the High Priestess (played by Elizabeth Debicki (The Night Manager) and her army hunt down the Guardians. What’s unique and cool about the Sovereign is that their ships are remote controlled from a console. Each fighter has their own station and screen where they can maneuver and shoot at the target. For 80s fans, you’ll recognize some of the video game sound effects thrown in during the space battles.

GUARDIANS OF THE GALAXY VOL.2 is fun enough to warrant a second viewing, but don’t expect it to live up to the first film.

up to the first film.
blog comments powered by DISQUS back to top