KONG: SKULL ISLAND has a lot going on that makes it work - strong characters, great action, humor, social commentary and a great monster. KONG: SKULL ISLAND a great entry in the monster movie genre. Not only is it entertaining but it feels relevant.

Setting up the story post-Vietnam war was a great choice to explore the social and moral questions of not only that time but what’s going on in today’s society. KONG: SKULL ISLAND touches upon man vs nature and modern man’s disrespect of natural order. There’s commentary about war and the effects on soldier. Samuel L. Jackson is Lieutenant Colonel Preston Packard, a no-holds barred helicopter squadron leader who is often scarier than Kong himself as he unravels after his men are killed by the giant ape. There are some reminders and homages to APOCALYPSE NOW in KONG: SKULL ISLAND in the look and theme behind the movie’s story. 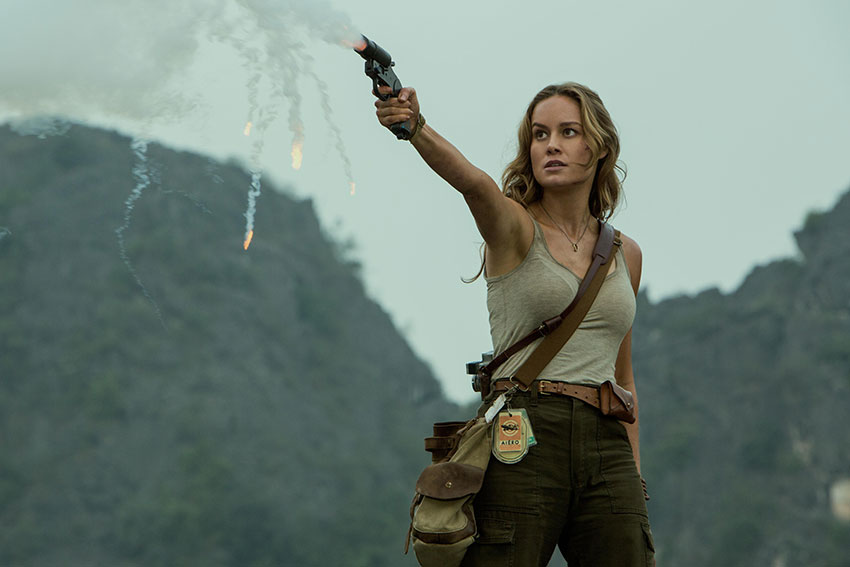 KONG: SKULL ISLAND gets an A for diversity. Women are well-represented. Brie Larson's character is far from the damsel in distress we've come to know in previous iterations of King Kong movies. Larson's Mason Weaver is a fearless war photographer who can handle herself among the testosterone-heavy crew assigned to explore an inhabited island. Asian actress Tian Jing plays a scientist on the mission. 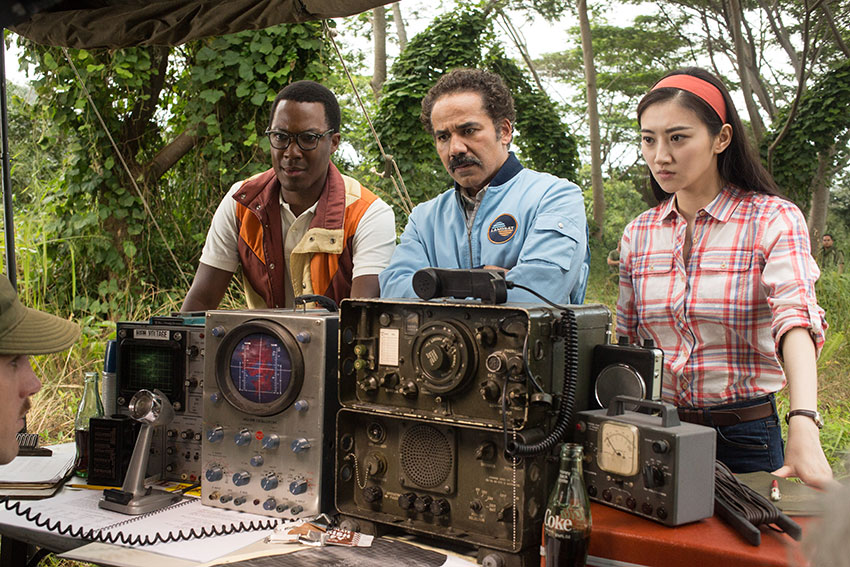 The end credits hints at more Kong action and his future nemesis’ including Godzilla. That’s no surprise since two more Godzilla movies have been announced, but how will Kong fit into that order.

While I liked the recent GODZILLA reboot, KONG: SKULL ISLAND is much more a monster movie than the latter. What GODZILLA lacked in monster action, KONG more than made up for it. Let’s hope the other movies take a page from KONG as an example of what a monster movie should be like.

KONG will return in GODZILLA VS. KONG, but not until 2020.