Movie Review: 'Pirates of the Caribbean: Dead Men Tell No Tales' No Walking The Plank For This One 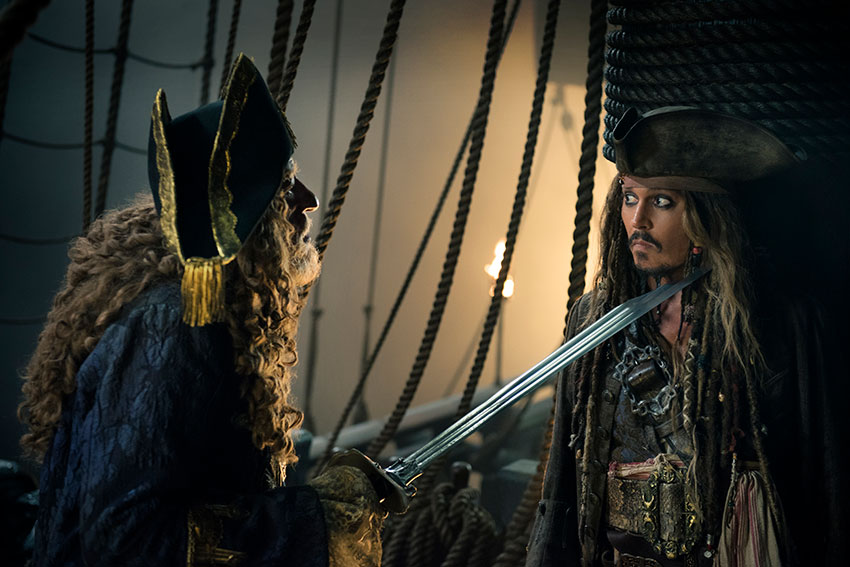 Watching PIRATES OF THE CARIBBEAN: ON STRANGER TIDES was the most unpleasant movie experience of my life. Luckily Disney learned from that hot mess of a movie, and DEAD MEN TELL NO TALES returns to the fun that made the original a hit. With a simple plot, a formidable new leading lady, a worthy villain played by the always effective Javier Bardem and a toned-down Jack Sparrow, PIRATES OF THE CARIBBEAN: DEAD MEN TELL NO TALES is worthy of returning to the high seas.

DEAD MEN TELL NO TALES is no masterpiece, but it's good family fun with some element of horror courtesy of Javier Bardem's frightening Captain Salazar, some very funny moments and of course the action which doesn't border on the ridiculous as in previous installments.

The fifth outing captures the spirit of the original. Norwegian directors Joachim Rønning and Espen Sandberg breathe new life into this tired franchise. Sometimes Hollywood outsiders are needed to bring a fresh perspective.

This time, the treasure hunt is for the trident of Poseidon in DEAD MEN TELL NO TALES. As with all the PIRATES OF THE CARIBBEAN, each character has their own reasons for risking their lives for a forbidden object and in this case Poseidon's spear. Newcomer Brenton Thwaites (GODS OF EGYPT) plays Will Turner's (Orlando Bloom) son who needs Sparrow's help in finding the trident to break his father's curse. Kaya Scodelario (MAZE RUNNER) joins them at sea in search of answers as well, and she’s got the key to finding it.

Javier Bardem Talks 'Pirates of the Caribbean: Dead Men Tell No Tales' & Bringing His Kids To The Set 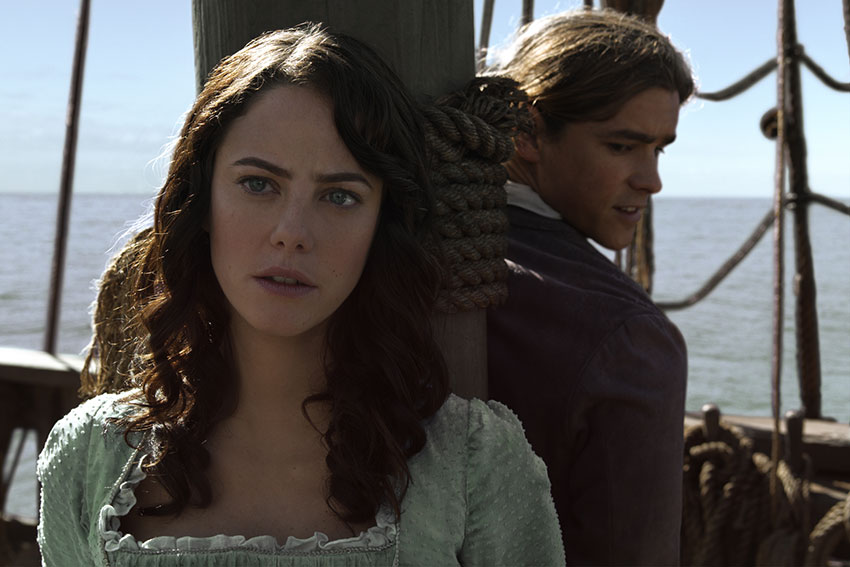 Where ON STRANGER TIDES failed, DEAD MEN TELL NO TALES succeeds in casting a good pair to take the place of Orlando Bloom and Keira Knightley. Kaya Scodelario and Brenton Thwaites are worthy replacements who are different enough to stand on their own. Scodelario’s Carina is a smart, and educated woman who makes men seem incapable. It’s also a plus that the two young leads are not romantic involved. The two are on a mission and they are not distracted until the very end.

The humor keeps this movie afloat. Depp’s Sparrow in previous films provided a lot of the comedy, but in DEAD MEN TELL NO TALES, the group shares in the gags and running jokes. For example, Carina explains she is a horologist who studies time, but the men obviously mistake that for another word as in “whore” and they have fun with it.

Everyone loves Depp’s Jack Sparrow especially the kids, probably because that character had become overly cartoonish in the last few movies. In DEAD MEN TELL NO TALES, Depp is more subdued and not as annoying.Savvy! 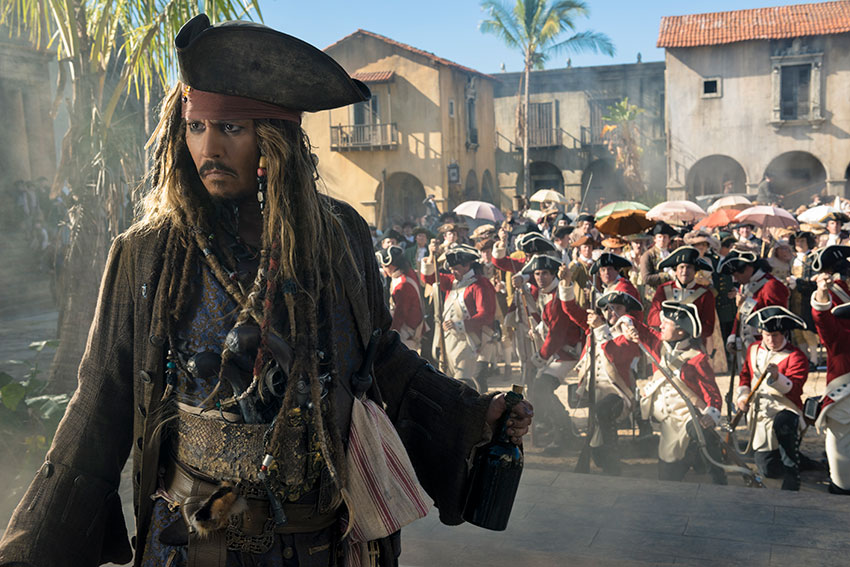 DEAD MEN TELL NO TALES is no different than the other films in the Disney franchise with its cookie-cutter plot, but this one is far more enjoyable than the last four PIRATES OF THE CARIBBEAN. It’s more of the same but better.