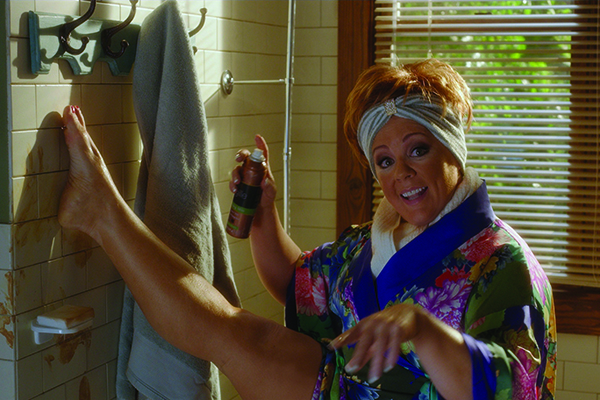 Melissa McCarthy is the new boss when it comes to comedy, and while her new film THE BOSS isn’t her best, we still enjoy watching her work her magic on the big screen. CineMovie ranks Melissa McCarthy’s best comedies. Where does THE BOSS rank among her previous films?

The comedy was sort of a downer. McCarthy’s streak of bad luck didn’t prove funny at all except for the real scene stealer - Susan Sarandon who had all the best comedy bits.

I’m in the minority when it comes to this film also starring Sandra Bullock. McCarthy played the straight woman to Sandra Bullock so we didn’t get to see the McCarthy comedy charm although it had its moments with the physical comedy.

The comedy also starring Kristen Bell had it’s funny moments, but the bits often go too long as they did in Tammy. Both films were directed by her husband Ben Falcone, and he lets the improvised moments go a tad too long. Similar themes of family and loneliness are rooted in the story as we’ve seen in her previous films, but The Boss as a whole didn’t feel unique. She may be falling into a rut with similar performances. She seems to do better under the direction of Paul Feig who probably reins her in more.

Teaming up with Jason Bateman also proved comedy gold, but the film eventually wore out it’s welcome a third of the way through.

While McCarthy is not the lead, she proved a scene stealer that earned her an Academy Award nomination for Best Supporting Actress that year. Bridesmaids is on par with Spy as far as laughs.

Even after multiple viewings, this comedy, directed by Paul Feig, holds up every time. Playing up the spy cliches with someone like McCarthy proved to be so much fun along with scene stealer Jason Statham.