Ranking the X-Men Movies: Where Is 'X-Men: Apocalypse' in Best to Worst List? 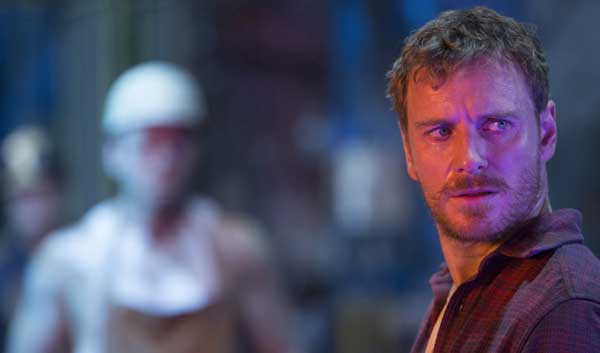 The seventh film in the X-Men series hits theaters with X-MEN: APOCALYPSE directed by Bryan Singer. How does it rank among the other X-Men films in the series?

Critics seemed to hate X-MEN: APOCALYPSE,  but audiences gave it "A-" according to CinemaScore.  For the purpose of this “Best to Least Favorite X-Men Movies List, we’re excluding X-MEN: WOLVERINE since the stand alone movie doesn’t include the usual cast of characters like Magneto, Professor X, Storm, Beast, Mystique, etc.

Bryan Singer returned to direct his third X-Men film. I may be in the minority, but the assembling of returning favorites with the younger cast proved a bore with too much CGI overpowering the forced, multiple storylines between the present and the past. The new cast is much more interesting including the best part of the movie - Quicksilver played brilliantly by Evan Peters ("American Horror Story").

A resurrected Jean Grey (Famke Janssen) becomes the deadly “Dark Phoenix” from the comic books. Director  Brett Ratner (RUSH HOUR) got a lot of flack for the movie which completed the trilogy, claiming it was too pompous and not in line with the X-MEN universe, but casual fans seemed to have enjoyed it.

Bryan Singer’s follow-up to the original film stuck to the formula that made the first one work, and the result was an entertaining and adequate sequel.

Bryan Singer continues to interweave social commentary and action in a much more satisfying way in his fourth outing as director of the Marvel series.  This time a new mutant villain, played by Oscar Isaac (Apocalypse), wants to punish humanity for their sins, and of course the X-Men must stop him. Nothing new there as far as plot but what makes it work are the characters.

Quicksilver once again steals the show, but the other new mutants are sort of lost in the shuffle as Jean Grey (Sophie Turner) and  Cyclops’ (Tye Sheridan) character arcs are much more developed. However the acting strengths of Jennifer Lawrence, Michael Fassbender and James McAvoy also propel the story with their sympathetic portrayals of these beloved mutants.


Director Michael Vaughn (Kick-Ass) brought new life to the X-MEN franchise with an origins story that was made perfect by casting Michael Fassbender and James McAvoy as the Professor and Magneto. The bromance brought it back to what made it work in the first place with the original themes pertinent to the story. .

Our first introduction to the Aussie hottie Hugh Jackman, the Clint Eastwood look-alike, brought a wow factor to the comic book adaptation and the first time we’ve seen an assembling of multiple superheroes in one movie at a time when the market wasn’t saturated with comic book adaptations.

It also introduced us to the themes that run through the X-Men movies that give it a real-world relatability and metaphor for racism and biases against those who are different.