After hunter’s kill a pelican mother on South Australia’s remote Coorong National Park, Michael raises the chicks left behind and forms a bond with one of the large birds who he names Mr. Percival. Michael lives with his father, Hideaway Tom (Courtney) who has isolated himself and his son away from society on the coastline. 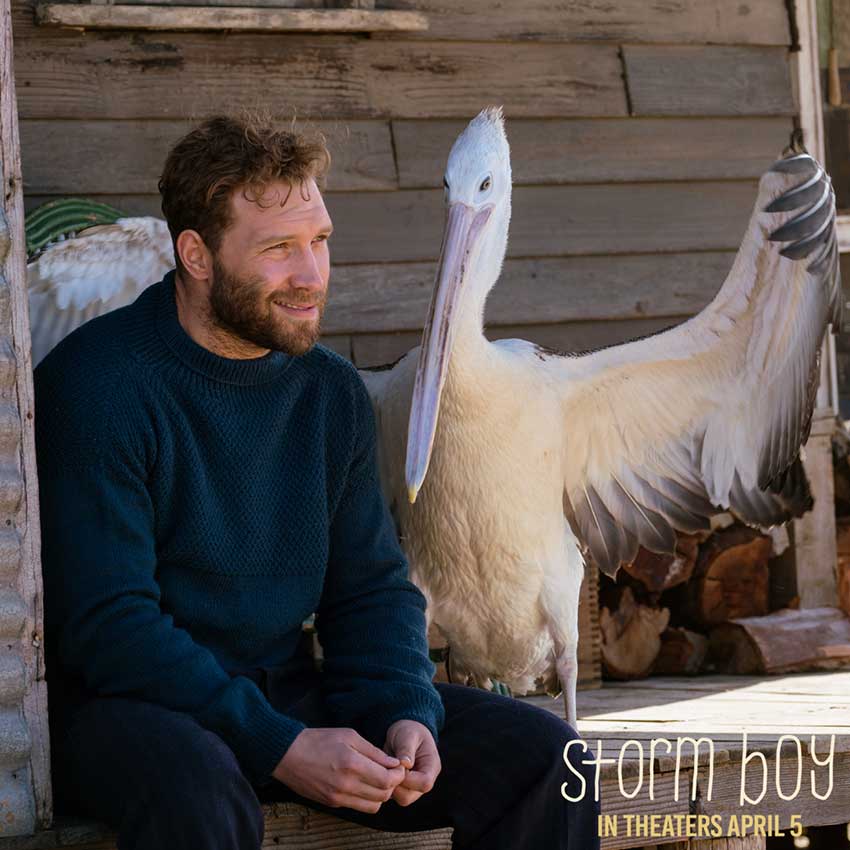 Finn Little turns in a beautiful performance in his first feature film. His emotions come off as raw and real. You feel a deep bond with Michael and Mr. Percival. Director Shawn Seet did an amazing job making these large and often aggressive birds look cuddly (don’t try that at home) to serve the purpose of the story.

Jai Courtney and Geoffrey Rush give subtle but effective performances. Courtney’s low key performance as a grieving widower is a nice break from his tough guy roles.

The beautiful cinematography also makes STORM BOY a worthy watch along with the themes it tackles surrounding environmental issues and conservancy.  Perhaps I'm reading too much into it but you can't help but notice the absence of a mother figure. Young Michael's mom passed as well as adult Michael's daughter, and the mother bird. Perhaps that representa mother earth and the destruction at the hands of men.

While most Americans may not be familiar with the Australian novella, STORM BOY is an enchanting story that anyone could relate to. Be warned, you may need tissues.