The Jungle Book: A Game Changer 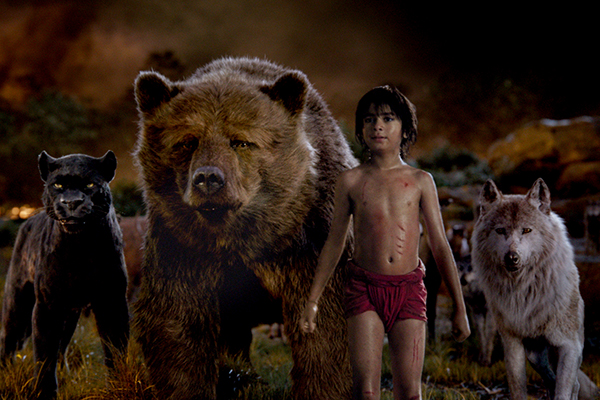 Rarely does a 3D film make an impression apart from Avatar, but Disney’s new live action, THE JUNGLE BOOK far exceeds any expectations one could have imagined for a reboot of the classic Rudyard Kipling’s story. Director Jon Favreau (Iron Man, Chef) didn’t seem like a likely candidate to helm the effects-heavy CGI film, but he’s done a fantastic job bringing the jungle and CGI animals to life, and the viewers into that world.  Not only are the visuals outstanding, but the voice cast is perfect as is the actor playing Mowgli.

We’re all familiar with the Rudyard Kipling’s classic tale of the orphaned boy raised in the jungle by a pack of wolves, a bear and a black panther. What we haven’t seen is THE JUNGLE BOOK in an immersive environment as presented in dual 4K laser projection. Members of the press watched a sneak peek of the movie at El Capitan in Los Angeles, and when it ended there was an explosive applause from the audience which is rare at an industry screening. Most of the time a viewer is taken out of the movie experience when the CGI doesn’t look realistic or too much like a video game, but Disney’s live action reboot leaves you immersed through the extraordinary visual effects. Where as AVATAR used motion capture to capture the realism in Pandora, Favreau used all CGI and green screen which is an amazing feet considering the film looks flawless. There has been no other CGI movie that’s looked this spectacular. At a special event for THE JUNGLE BOOK, Favreau revealed the techniques used to achieve the VFX. 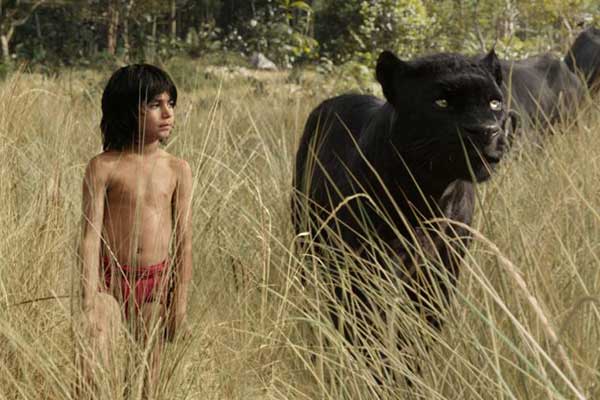 Neel Sethi portrays Mowgli with an innocence you can’t help but fall in love with. There is no falseness to his acting. For a young actor to interact with characters that are not there can’t be easy, but he seemed right at home in the jungle. Favreau has said in interviews it took him a long time to find the right actor, and it was worth the wait.

The voice cast was also perfect. Idris Elba’s deep voice is fitting for such a fierce and menacing character like Shere Khan. On the opposite end, Ben Kingsley’s voice is soothing yet stern as Mowgli’s father figure, Bagheera the panther. The same can be said of Lupita Nyongo’s performance as Raksha, the mother wolf to her cubs. The voice accompanied by the spectacular visuals make it even more magnificent. The artistry that went into capturing the beauty in the animals with realism is just breathtaking.

For once, a reboot is better than the original, and audience seem to agree with THE JUNGLE BOOK earning over $147 in just 8 days since it’s April 15 release in North America. Worldwide, the Disney film has gone on to make $393.8 million.