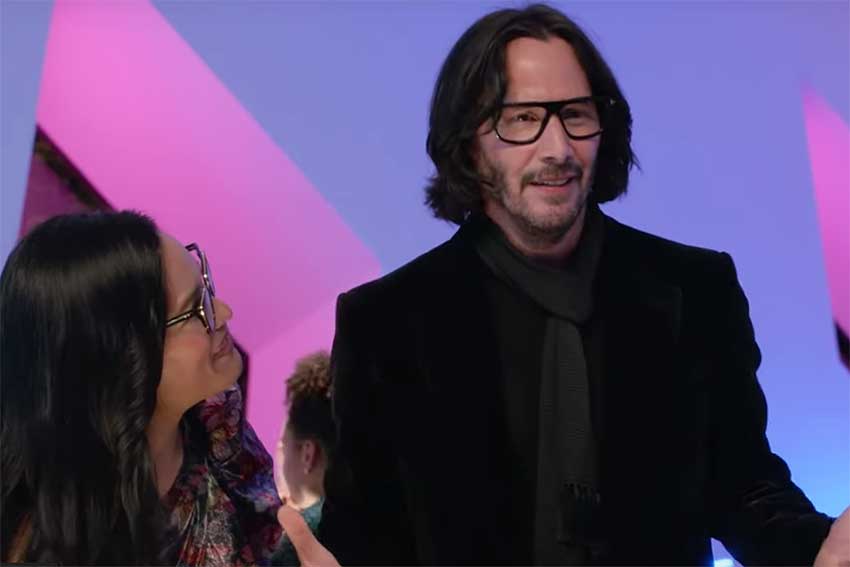 Keanu Reeves does something so out of character it will make you love him even more after watching Netflix's rom-com, "Always Be My Maybe." Keanu Reeves plays himself but a douchie version of himself. "Fresh off the Boat's" Randall Park and stand-up comic Ali Wong star and wrote this hilarious and unique rom-com. One of the highlights in the Netflix movie is Reeve's funny as hell cameo and one of the best entrances by the actor. Watch the clip below.

Don't let the bottom scene from "Always Be My Maybe" fool you. Keanu Reeves plays quite the charmer in the clip, but later on in the movie, his true colors emerge and it's not endearing but Reeves played it up with maximum hilarity. It's surprising to see Reeve's comedic timing on display. It's also admirable he played such a jerk under the guise of playing himself. That takes some guts.

"Always Be My Maybe" was co-written by Randall Park, Ali Wong and Michael Golamco. Wong and Park play childhood friends who reconnect after many years. She's successful, and he's still stuck in the past. Sparks fly as old feelings return, but obstacles, one of them being Reeves, sidelines their true feelings for each other.

"Always Be My Maybe" is streaming now on Netflix.