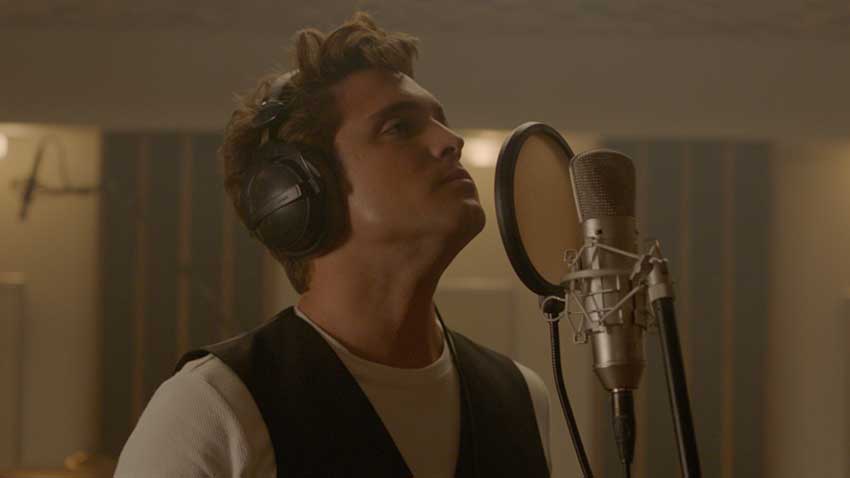 Netflix has ordered a second season of the Luis Miguel series starring Diego Boneta as the Mexican crooner. Netflix released a press release announcing the return of the series which will begin production next month. Netflix also revealed the show will have play with the timeline. More details in the press release below.

The sun continues to shine as Luis Miguel, the series will return to Netflix with a second season that will begin filming in February, in Mexico City.

"After the great success of the series, this new season will be available on Netflix worldwide in 2020. Diego Boneta will return to the iconic role of Luis Miguel, this time playing the singer in two different timelines," said Rodrigo Mazón, Vice President of Content Acquisition for Latin America and Spain for Netflix.

The storyline will explore the difficulties of balancing his family and professional life. In addition, the series will feature performances by Camila Sodi, Cesar Bordon, Juan Pablo Zurita, Cesar Santana, Martin Bello, Lola Casamayor, Pilar Santacruz, Kevin Holt and Gabriel Nuncio, among others.

The series’ directing will be in charge of Humberto Hinojosa and Natalia Beristain, with a script led by Daniel Krauze along with Ana Sofia Clerici, Anton Goenechea, Diego Ayala, Karin Valecillos and Paulina Barros. The executive production is by Mark Burnett, Carla González Vargas and Pablo Cruz, with Carolina Leconte and Arturo Sampson as producers. Luis Miguel, The Series is a production of MGM and Gato Grande companies.

"The success of Luis Miguel's first season was incredibly rewarding because it underlined the appetite of Latino audiences to see their stories on screen, authentically told". Carla Gonzalez Vargas, President and CEO of Gato Grande Producciones, commented. "We're excited to be back for season two with MGM and Netflix, and we can't wait to delve into Luis Miguel’s extraordinary life and dramatic rise to stardom."

"Luis Miguel is one of the most watched Netflix series in Latin America. Audiences are going to be very happy with the continuation of the story of one of the most beloved entertainers in the world,” said Mark Burnett, Chairman, Worldwide Television Group MGM.

Watch the first season at www.netflix.com/LuisMiguel.