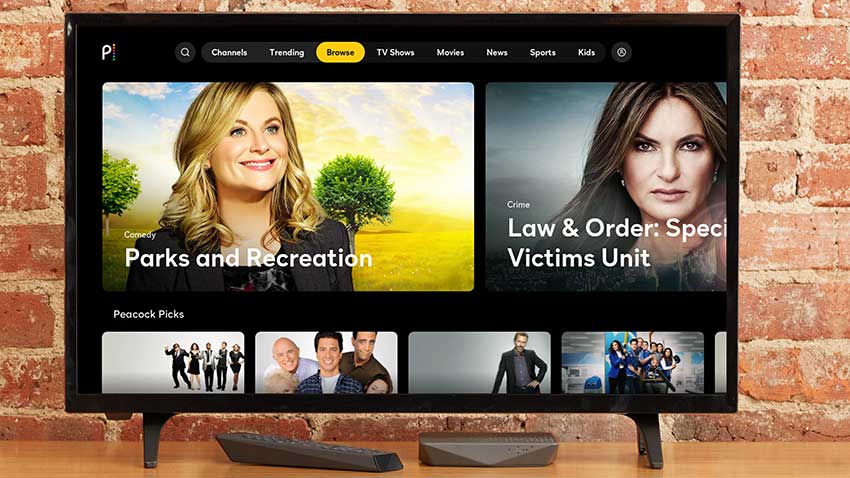 Yet another streaming service is entering the crowded field with NBC and Universal Pictures launching Peacock Premium July 15 with a huge library to rival Disney+. X1 and Flex Customers customers will be able to sample the new service now before the summer launch at no additional cost. See what's coming to Peacock Premium.

Peacock Premium promises 15,000+ hours of blockbuster and classic movies and series from NBCUniversal including "Like 30 Rock," "Parks and Recreation," "Two and a Half Men," "Yellowstone" and the Iconic "Law & Order brands," and movies like JURASSIC PARK and SHREK. Telemundo programming will also be available.

As far as original programming, new episodes of "Curious George" and DreamWorks Animation Original Series "Where’s Waldo?" and "Cleopatra in Space." It will also feature timely live and on-demand content across news, sports, reality and late night, including early access to Jimmy Fallon’s "The Tonight Show: At Home Edition" and "Late Night with Seth Meyers" will air its nightly show on the platform.

For the July 15 launch, you can access a free tier featuring more than 7,500 hours of movies and shows that will be accessible to all across mobile, web and popular connected-TV platforms. At this time, Peacock Premium will also be available for $4.99 per month on all popular connected devices, as well as an ad-free tier for an additional $5.00 per month.

Check out the full list of programming available on Peacock.

A growing list of streaming channels including clip-based channels like the best Jimmy Fallon and Seth Meyers comedy sketches, the best sketches from the SNL Vault, plus news channels from NBC News Now and Sky News, and genre channels like True Crime, Reality Check-In and 80s Mix Tape

Later this year and into 2021, Peacock will welcome:

New kids originals including Madagascar: A Little Wild, The Mighty Ones and TrollsTopia and movies including Trolls World Tour, Croods 2 and Despicable Me

Sports (when they return) including the Premier League, the Ryder Cup, the NFL’s new Wild Card Playoff game and the Tokyo Olympics and Paralympics, and live events like the recently announced Global Citizen and the World Health Organization’s One World: Together at Home Global Entertainment Special