"Star Wars: The Clone Wars" Will Wrap Up Story with 12 New Episodes Only on Disney+

THE RISE OF SKYWALKER touted the end of the Skywalker saga, but "The Clone Wars" will revisit Anakin Skywalker's journey alongside Obi-Wan Kenobi to explore the events leading up to STAR WARS: REVENGE OF THE SITH.

Dave Filoni, director and executive producer of “The Mandalorian,” returns to the final season which begins streaming Friday, February 21. 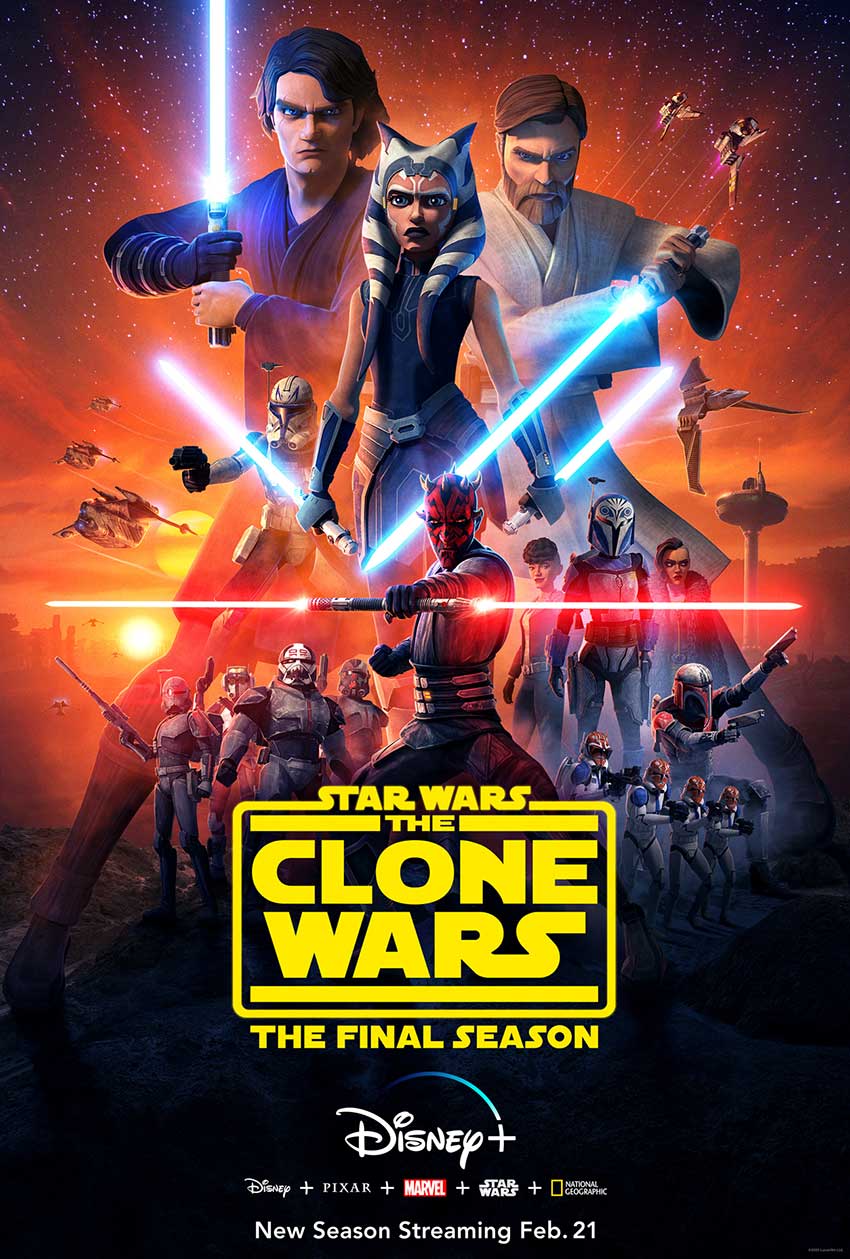